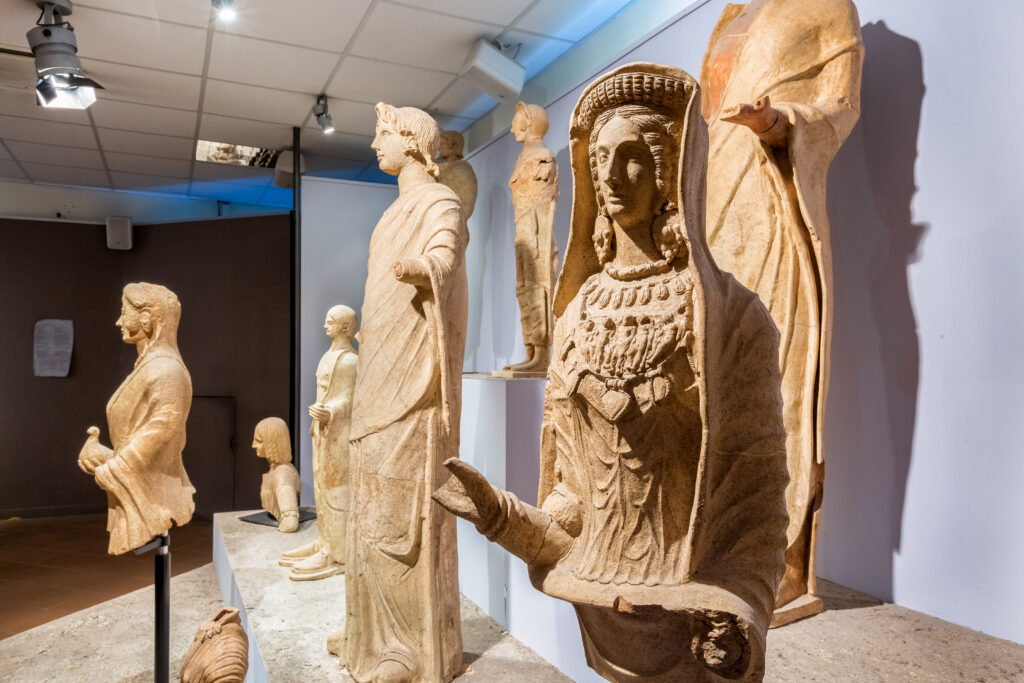 Wednesdays and fridays 9 am -1 pm

closed December 25, january 1, and the festival of the patron saint

Welcoming you to the Lavinium Civic Archaeological Museum is the terracotta statue of Minerva Tritonia, dating back to the 5th century BC, which depicts the goddess to whom an important sanctuary was dedicated in ancient Lavinium. From the votive deposit linked to the cult of the goddess – the protector of marriages and births – come the terracotta statues dating back to between the 5th and 3rd centuries BC, depicting those who came to make offerings, and which stand out for their exceptional beauty, excellent quality of work and attention to detail. In the Mundus Muliebris room, the jewels and hairstyles faithfully reproduced on the votive heads coming from the same deposit testify to the luxury and prestige of the richest and most noble classes who frequented the sanctuary of the goddess. The itinerary continues with a room dedicated to Aeneas, the mythical hero and founder of Lavinium.

The ancient city was known as a civitas religiosa due to the presence of numerous sanctuaries, among which the most important can be found in the sacred area of the XIII Altars. From here come the many votive materials on display, including the black-figure ritual vases of Greek import. The exhibition itinerary also showcases funerary objects from excavations of one of the protohistoric necropolises, with tombs dated from between the 9th and 7th centuries BC. The visit to the museum ends with a fascinating room dedicated to the Heroon of Aeneas. The tomb, originally covered by a tumulus and belonging to an illustrious person of the 7th century BC who was buried there with his precious personal objects, was rededicated during the 6th century BC. At the end of the 4th century BC, the tomb, by now associated with the figure of Aeneas, was made into a monument with the construction of an inaccessible cell sealed off by a false double door in tuff, and transformed into a sort of sanctuary. The monument stands near the sacred area of ​​the XIII Altars, and can be visited by guided tours which depart from the Lavinium Civic Archaeological Museum. 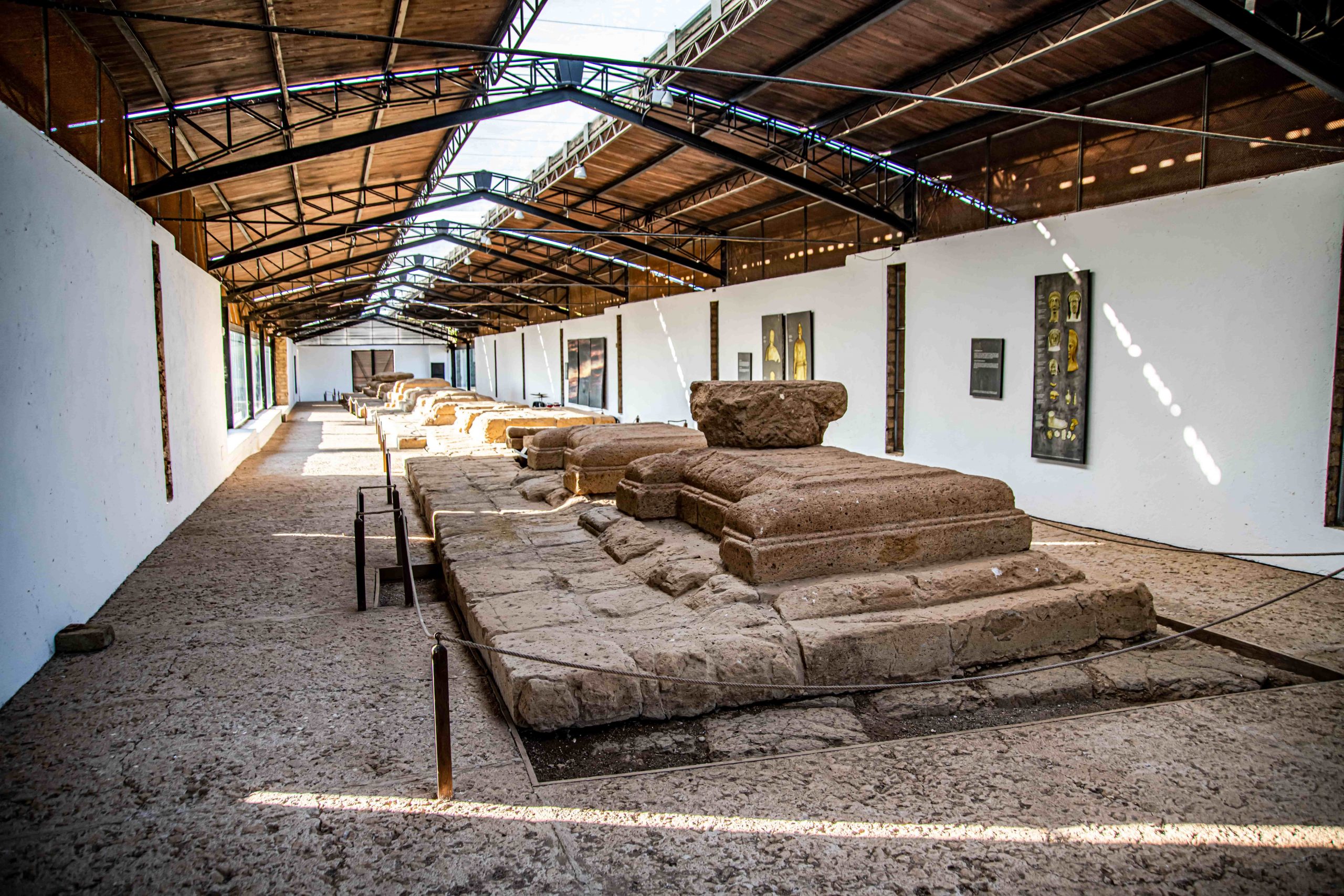 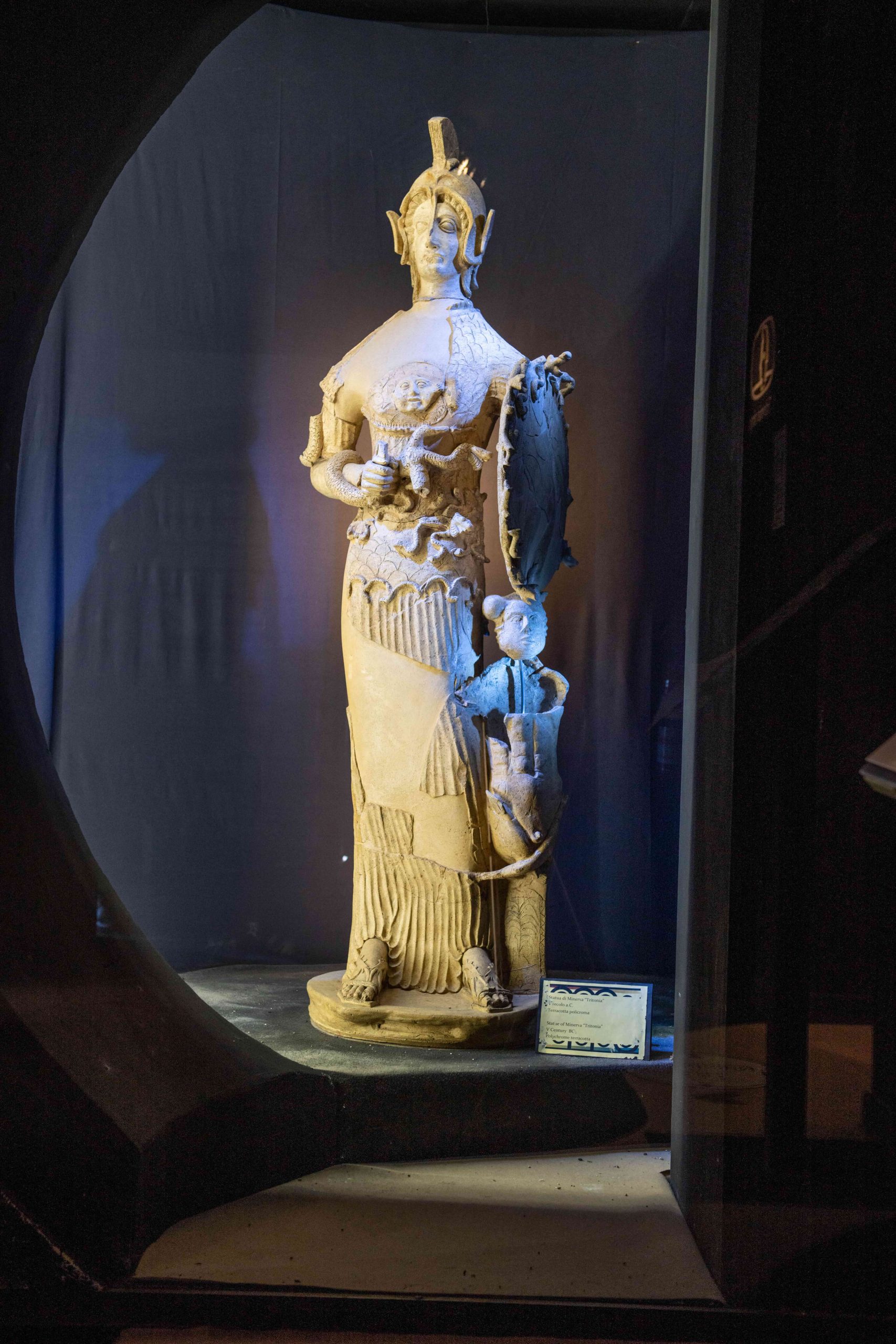 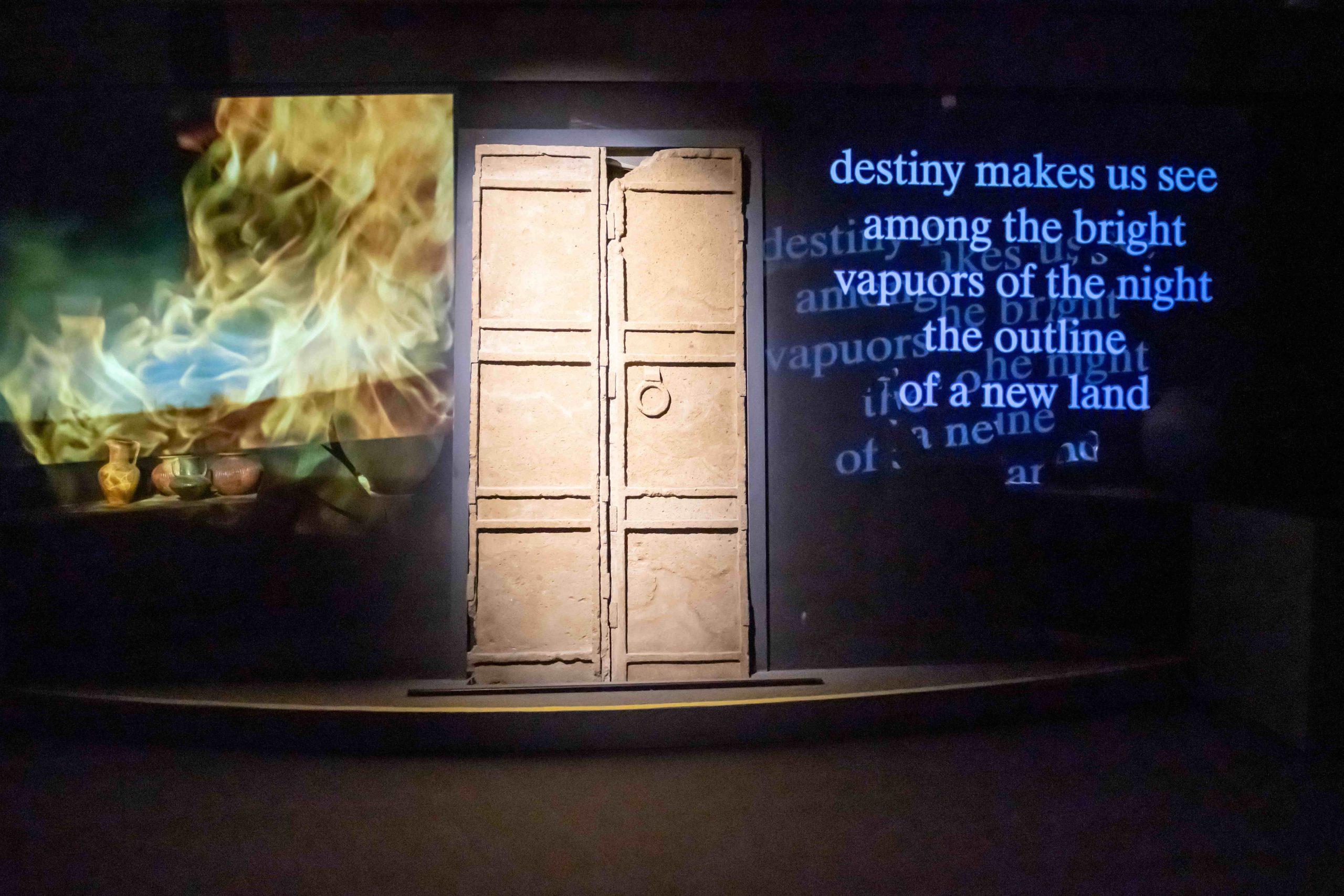 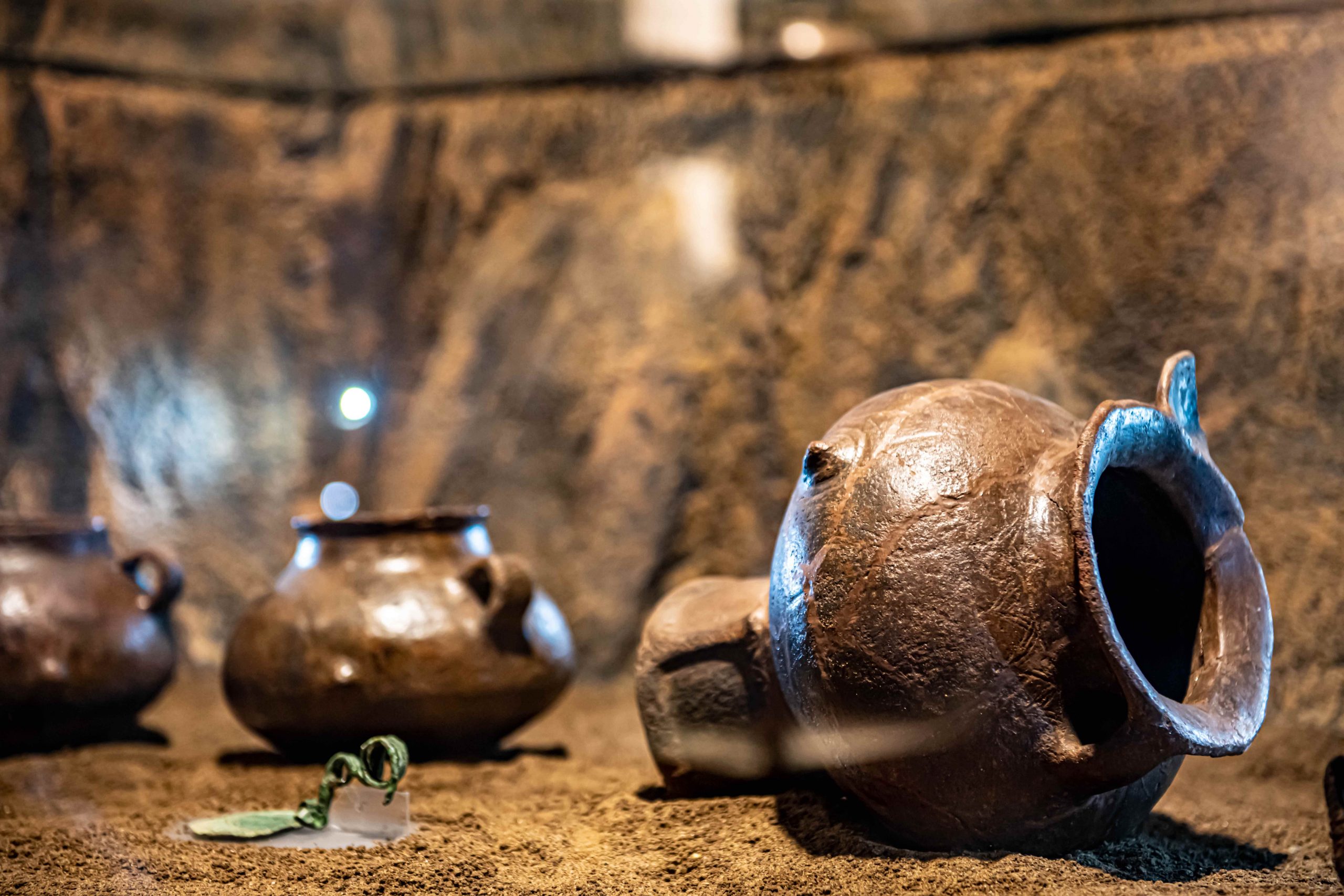 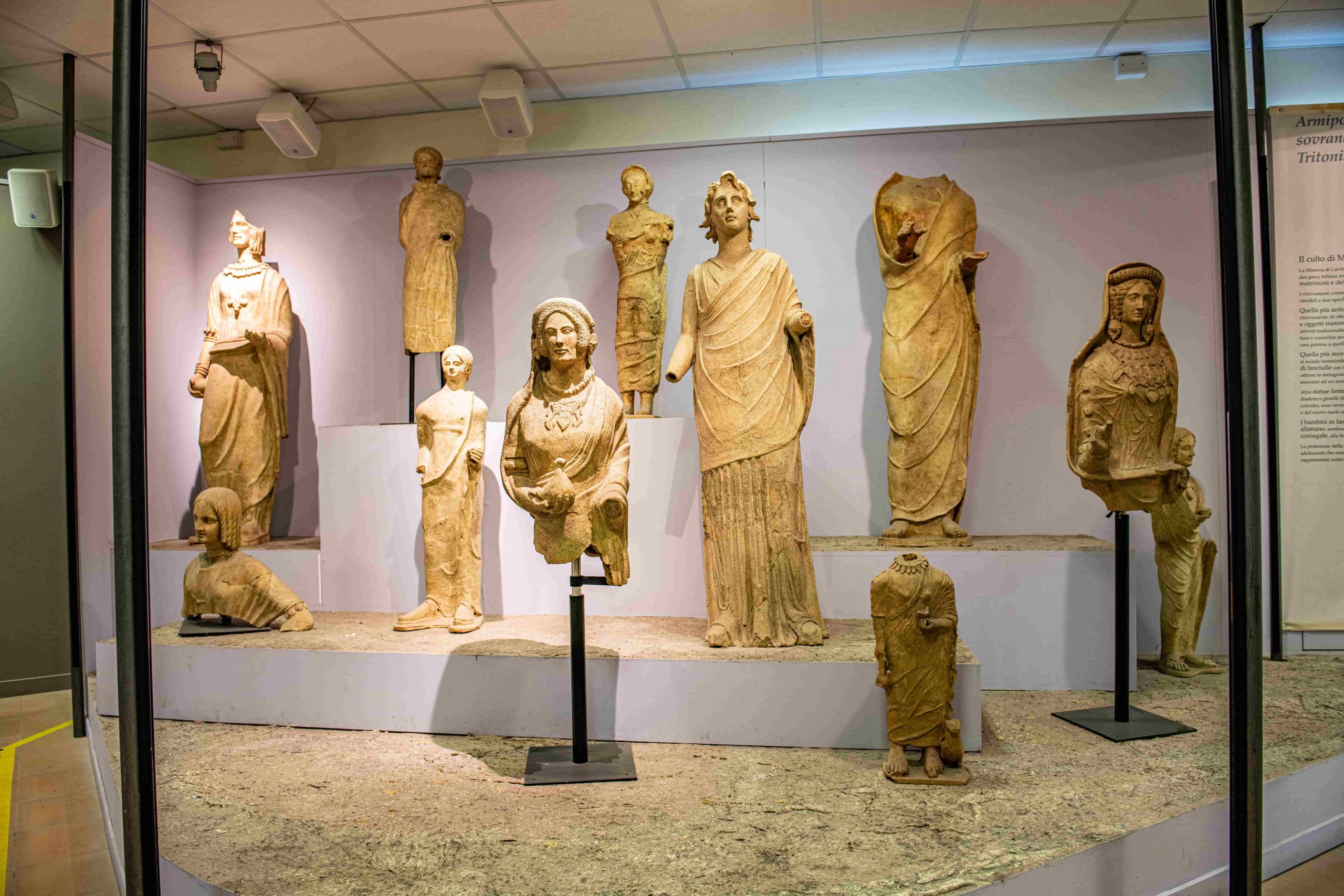 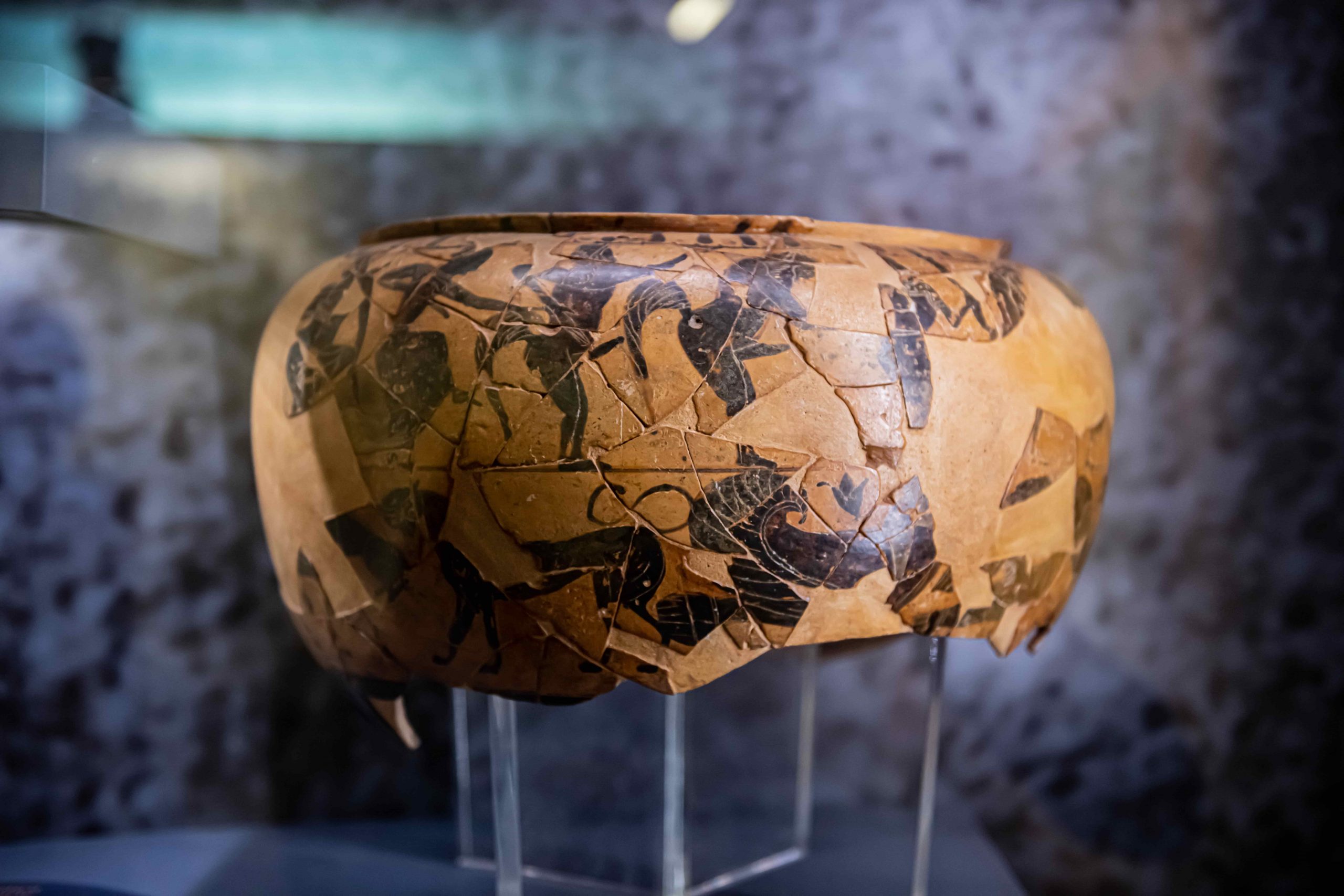