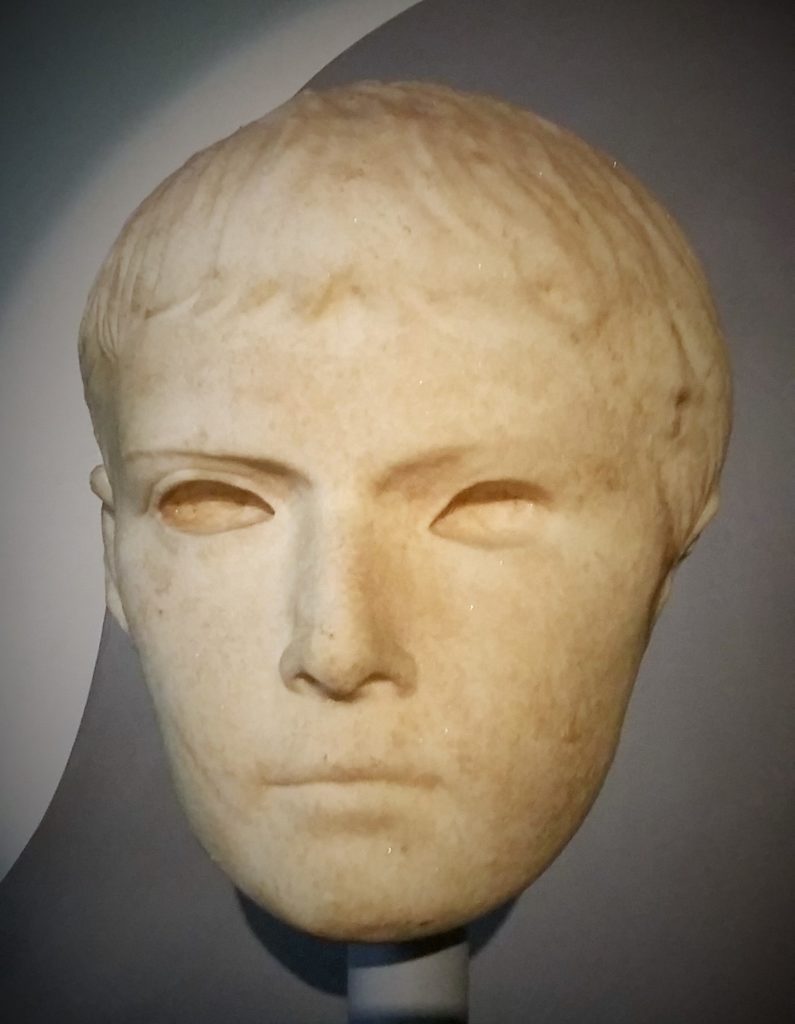 This Civic Museum was first established in 1973 and since 1983 has been located in the prestigious Villa Ferrajoli, a neoclassical-style building with an elegant façade looking onto Via Appia.

The exhibition takes place on the three floors of the Villa and, with over two thou­sand archaeological artefacts, covers a time period from the Lower Palaeolithic age to the Renaissance.

Some of the most important evidence of the Protohistory period comes from the town that developed during the Bronze Age on the shores of Lake Albano, called “Villag­gio delle Macine” (Village of the Millstones), due to the large number of millstones reco­vered there. The materials on show take up an entire room of the museum and docu­ment village life from the end of the Early Bronze Age until the initial phases of the Middle Bronze Age (20th to 16th century B.C.).

The Ancient period is well represented by artefacts from places of worship, where “ex-votos” were offered to the deities in forms that varied greatly: body parts, animals, mi­niature vases.

The excavation of several suburban villas built in the Albanum in the Roman period from the Roman Republic to the Roman Em­pire provides us with a glimpse into the daily life of the period, through the displays of instrumentum domesticum, epigraphic documents and a coin collection. In the newly set-up rooms there is a very interesting treasure trove of 152 denari and quinari (silver coins) da­ting back to a period between the 3rd centu­ry B.C. and 76-74 B.C. They were hidden in the ruins of a building that had collapsed during the first half of the 1st century B.C. and had never been re­opened until the excavation took place.

The last group of artefacts preserved in the museum is from the Early Christian period, Late Antiquity and the Middle Ages, when the town first developed around the Basi­lica of Constantine, incorporating the ruins of the castra, and then, later on, within the new defensive town walls. 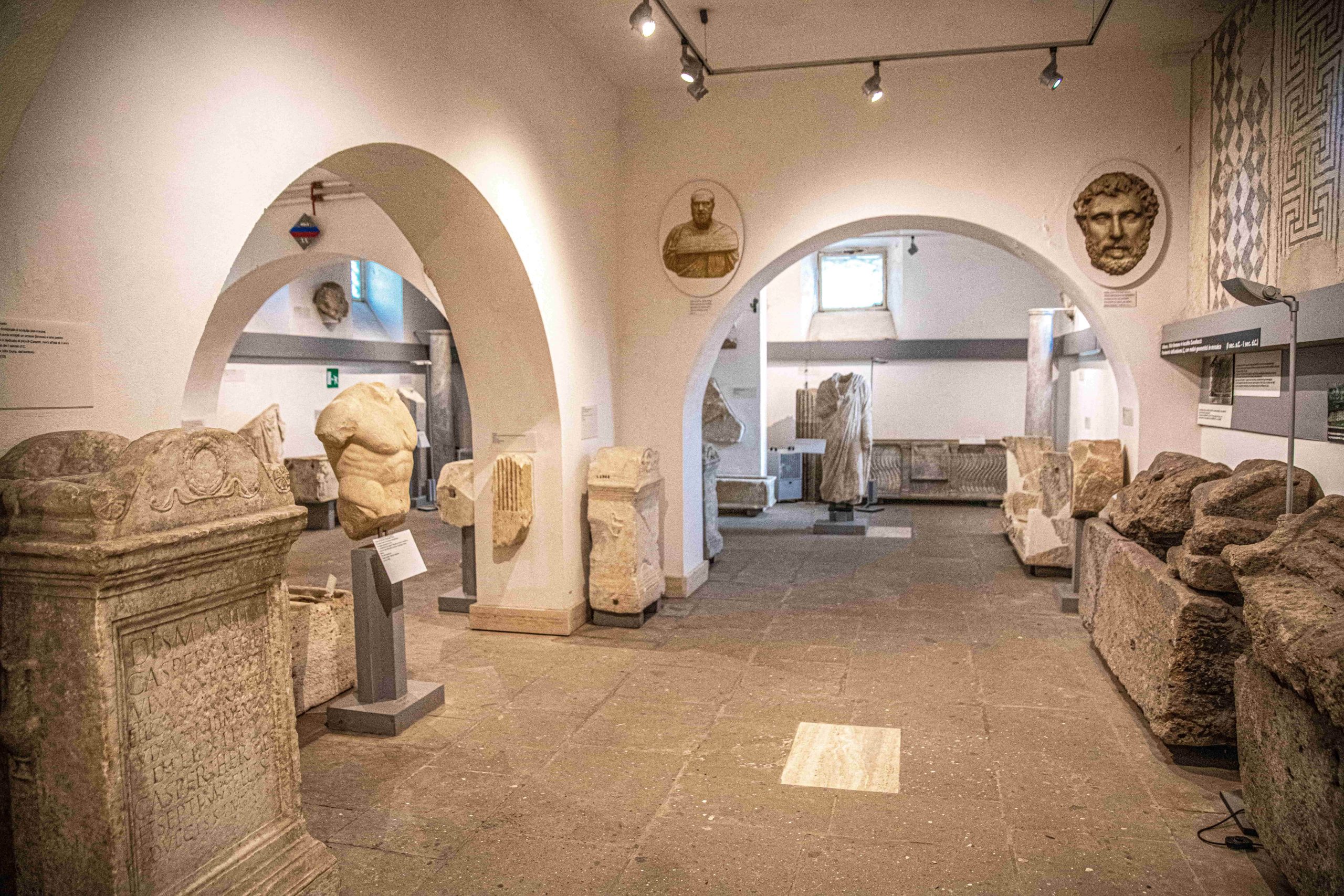 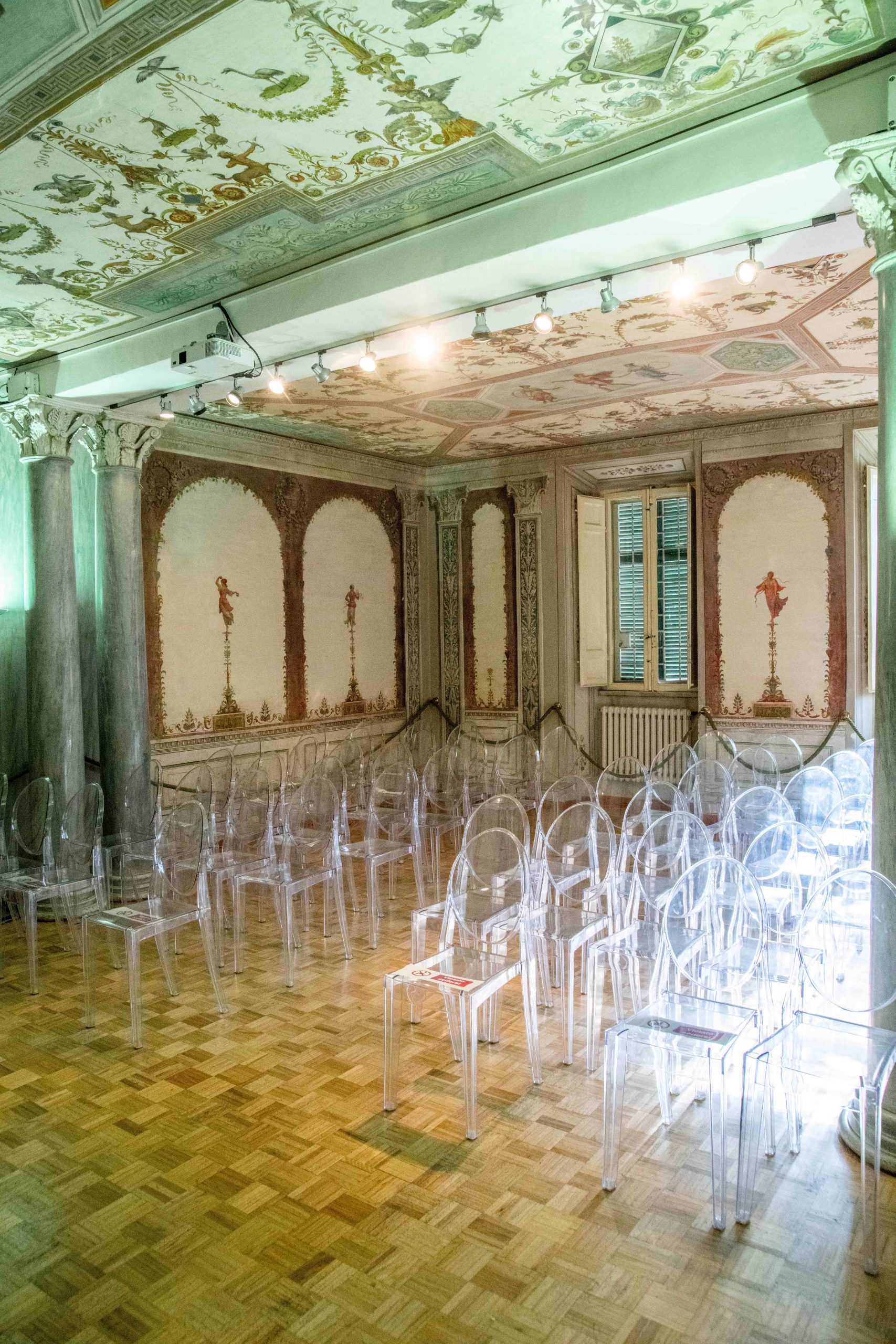 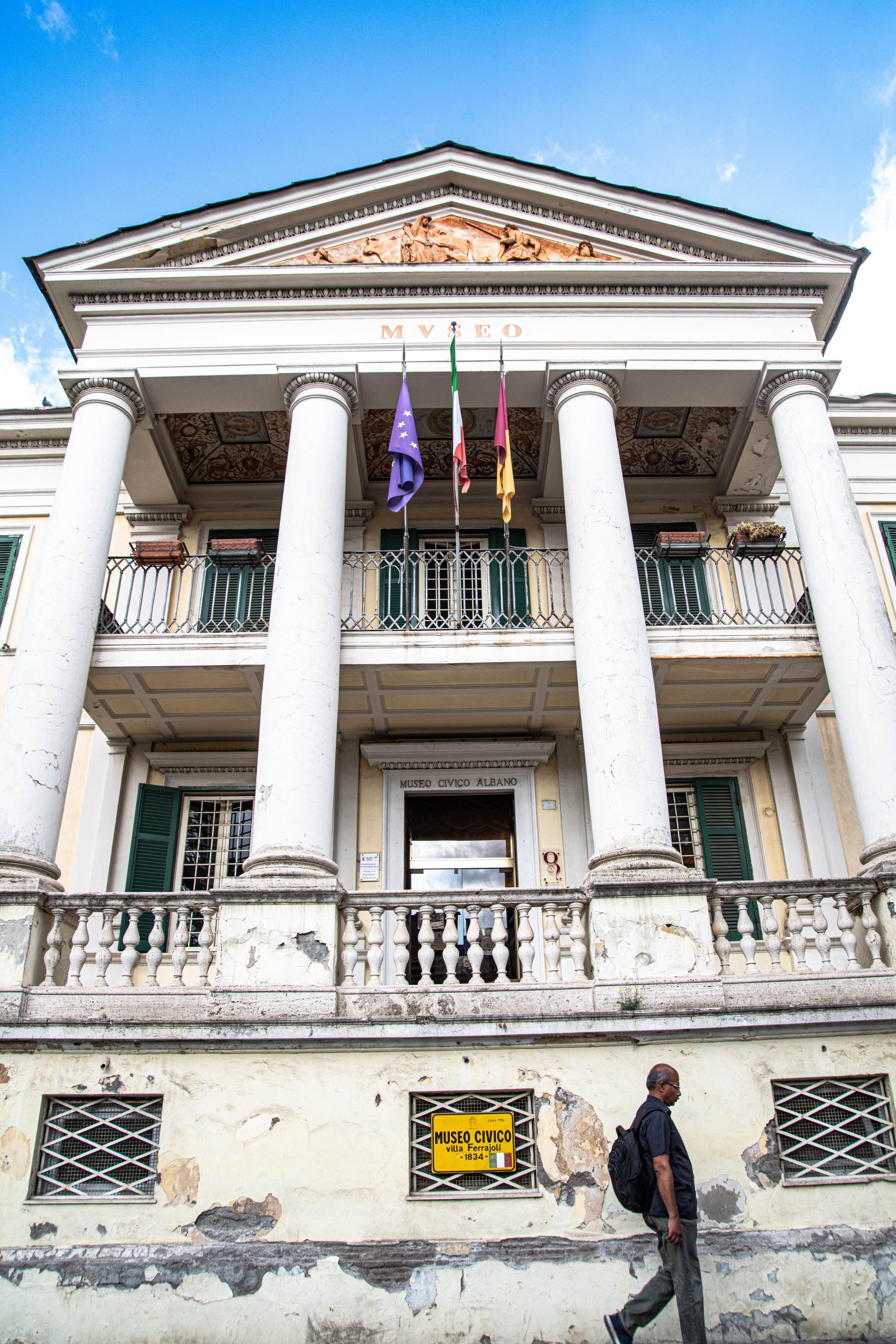 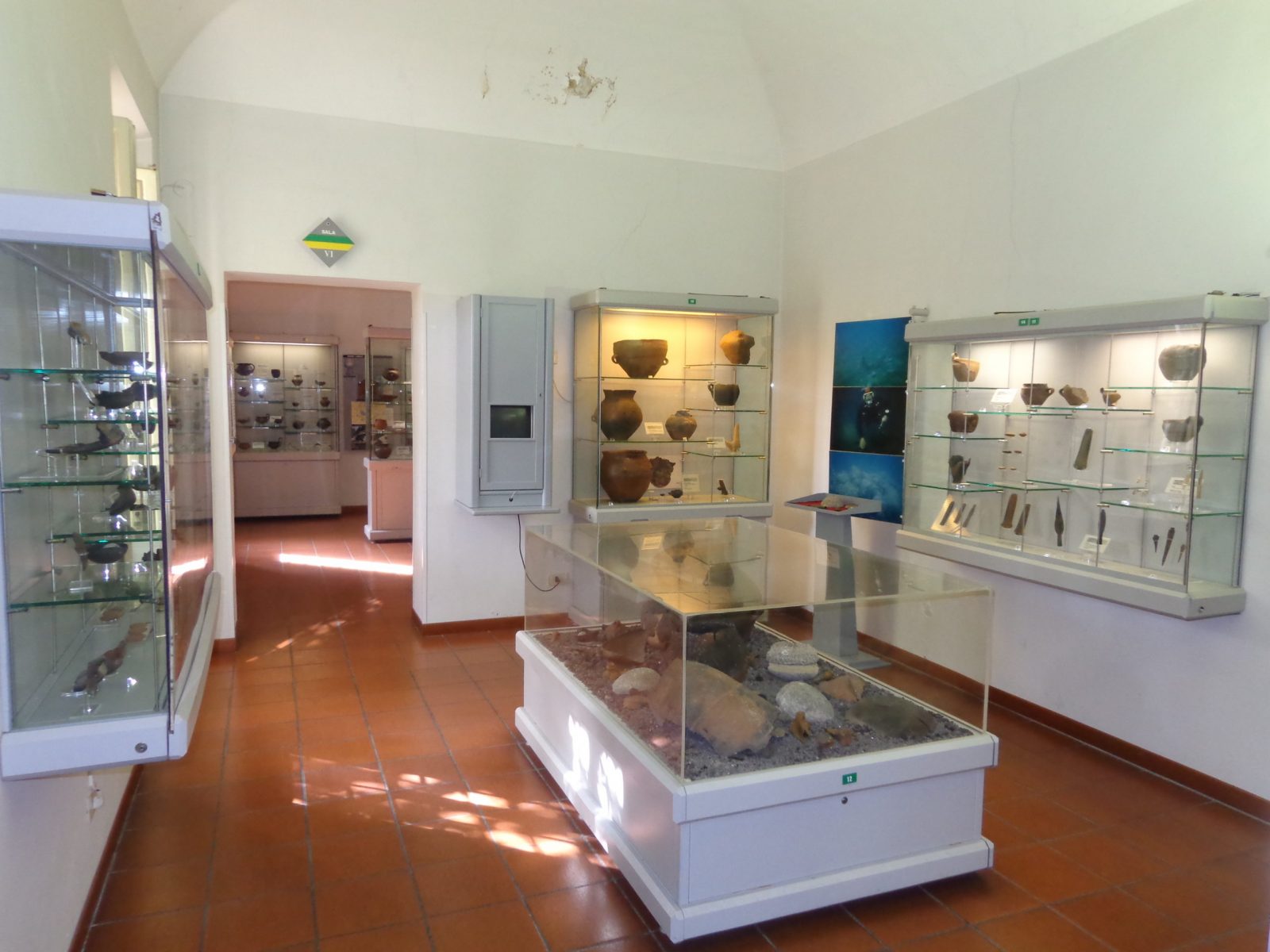 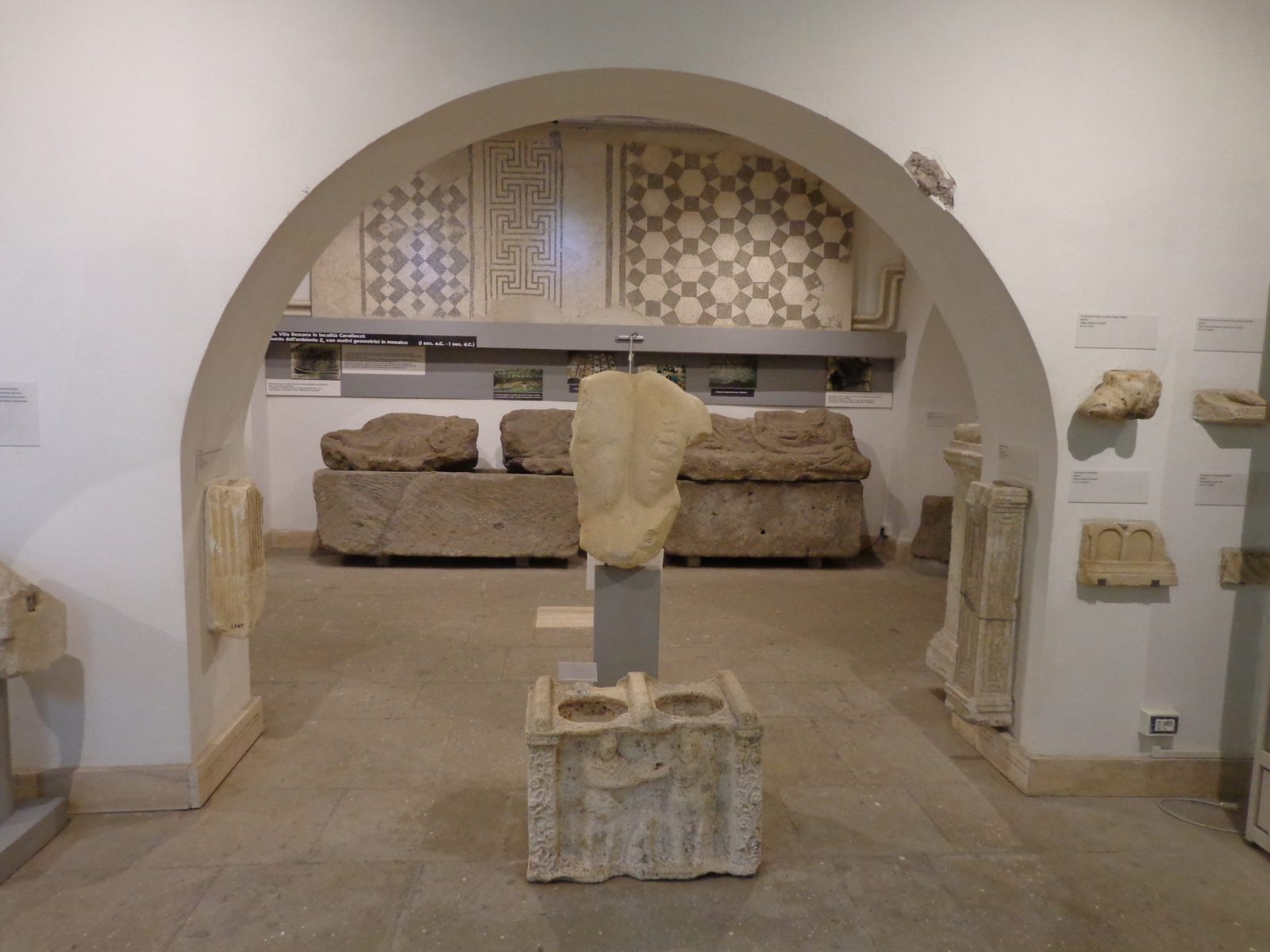 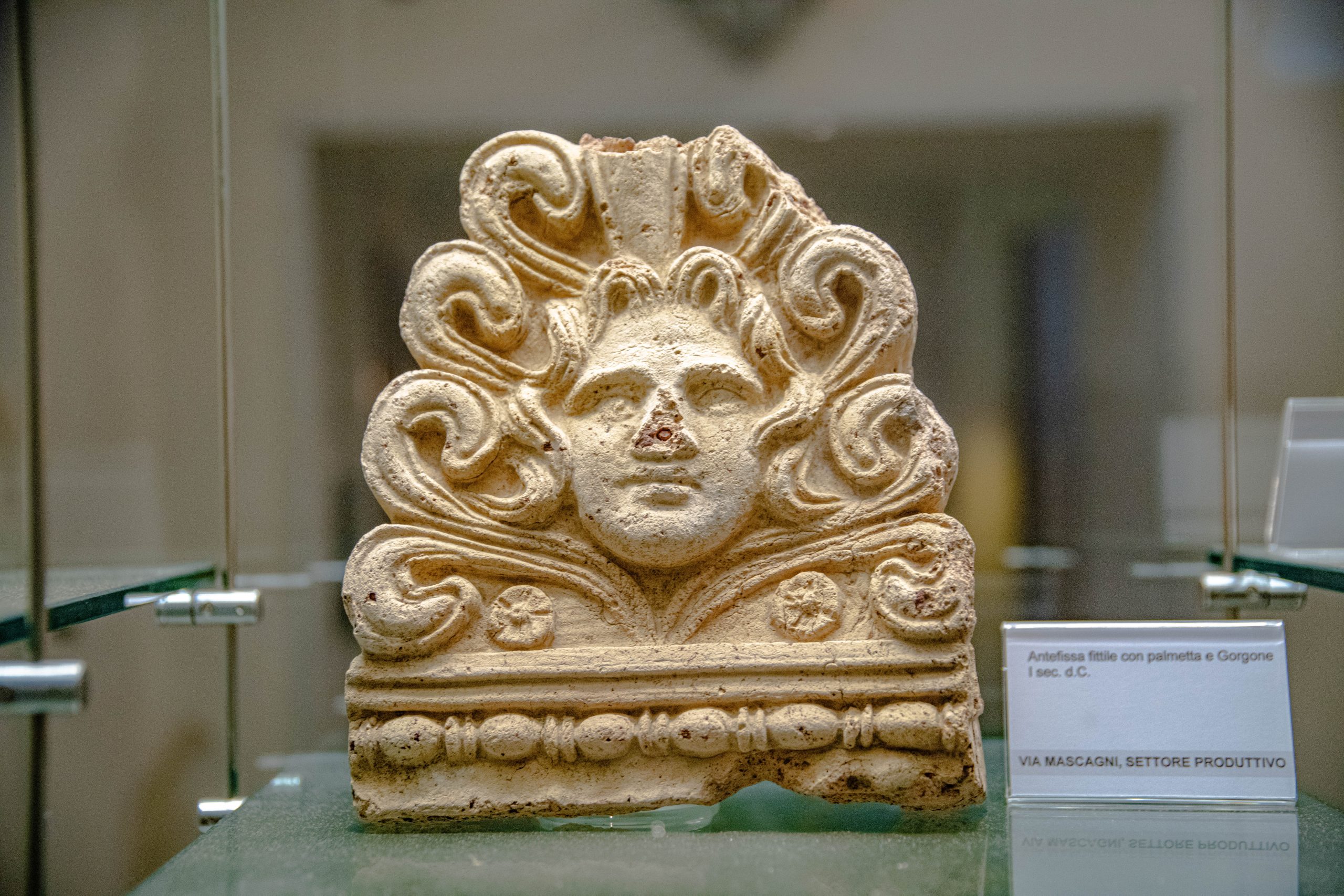