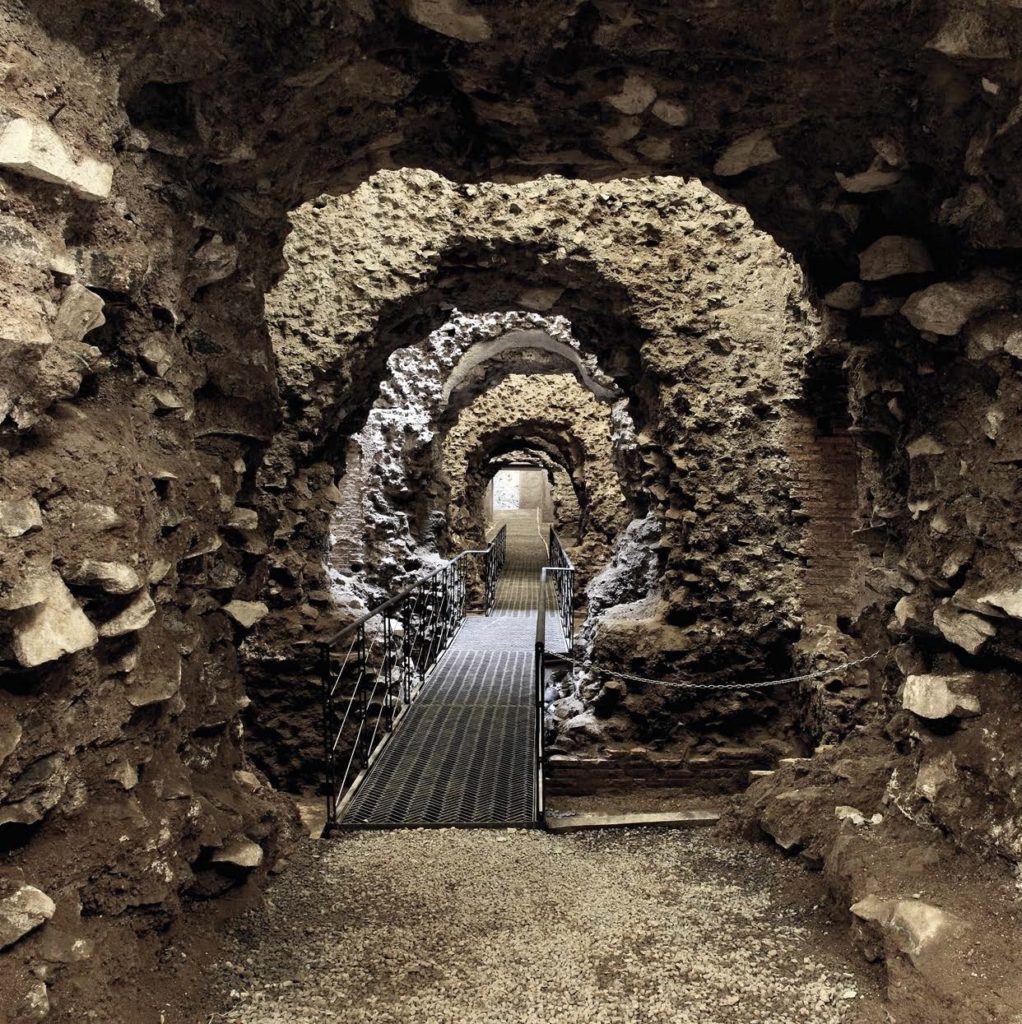 By reservation only and a guide is mandatory

Spectacularly overlooking the Campagna Romana and Rome, the Barco Borghese is a vast quadrangular platform on which a group of country houses from the Re­naissance period stand. They were first built by the Altemps family and then by the Borghese family, who succeeded them, thereby becoming owners of the nearby villa Mon­dragone. The westernmost part of the clearing is set on an articulate and spectacular sequen­ce of 190 vaulted hypogea spaces dating back to the Roman era (1st century B.C.), extending over a surface area of approxi­mately 16,000 sqm.

The evocative underground itinerary combines hi­story, legends and ancient technology, and cul­minates in the viewing of a rare epigraphic collection from the Roman era, marked out by paintbrush, charcoal and scratchings on the plaster of the innermost rooms. The archaeological investigations along the outer north-west side of the complex also unearthed a monumen­tal façade divided into halls adorned with Doric semi-columns. This is now used as a setting for musical performances.

Although the Barco Borghese was traditionally be­lieved to have been the enormous base of a Roman villa, a more recent hypothe­sis suggests that it was a sanctuary. More extensive and in-depth archae­ological investigation will be needed in order to determine its actual origins. 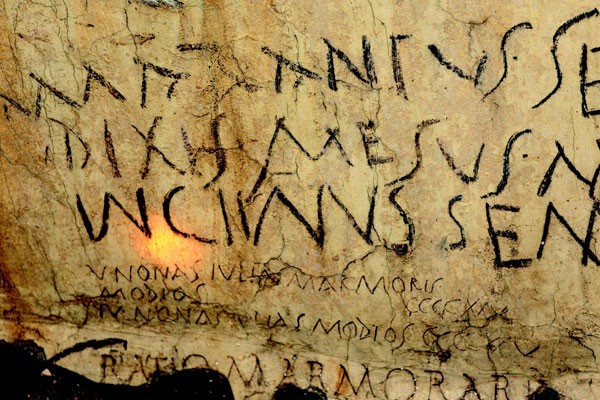 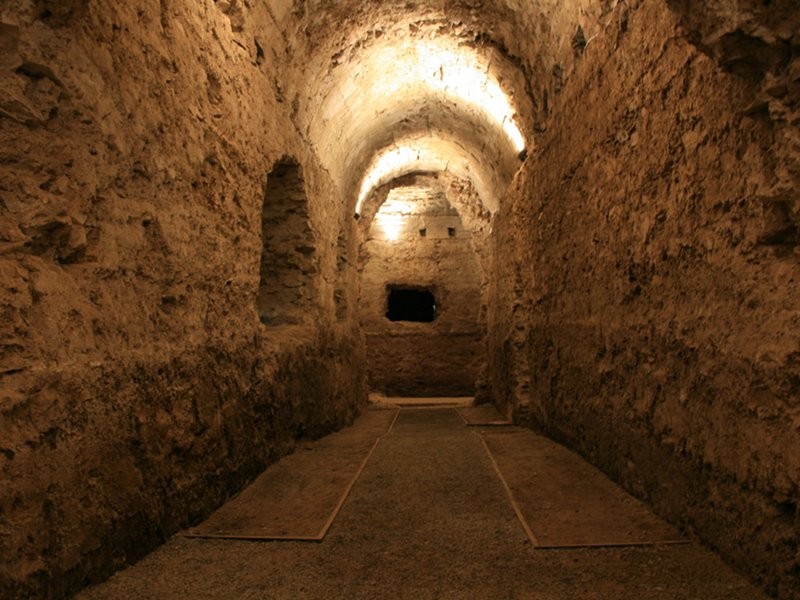 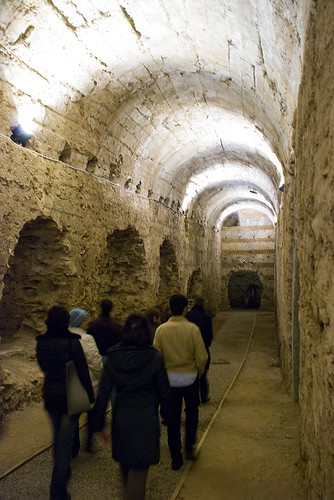 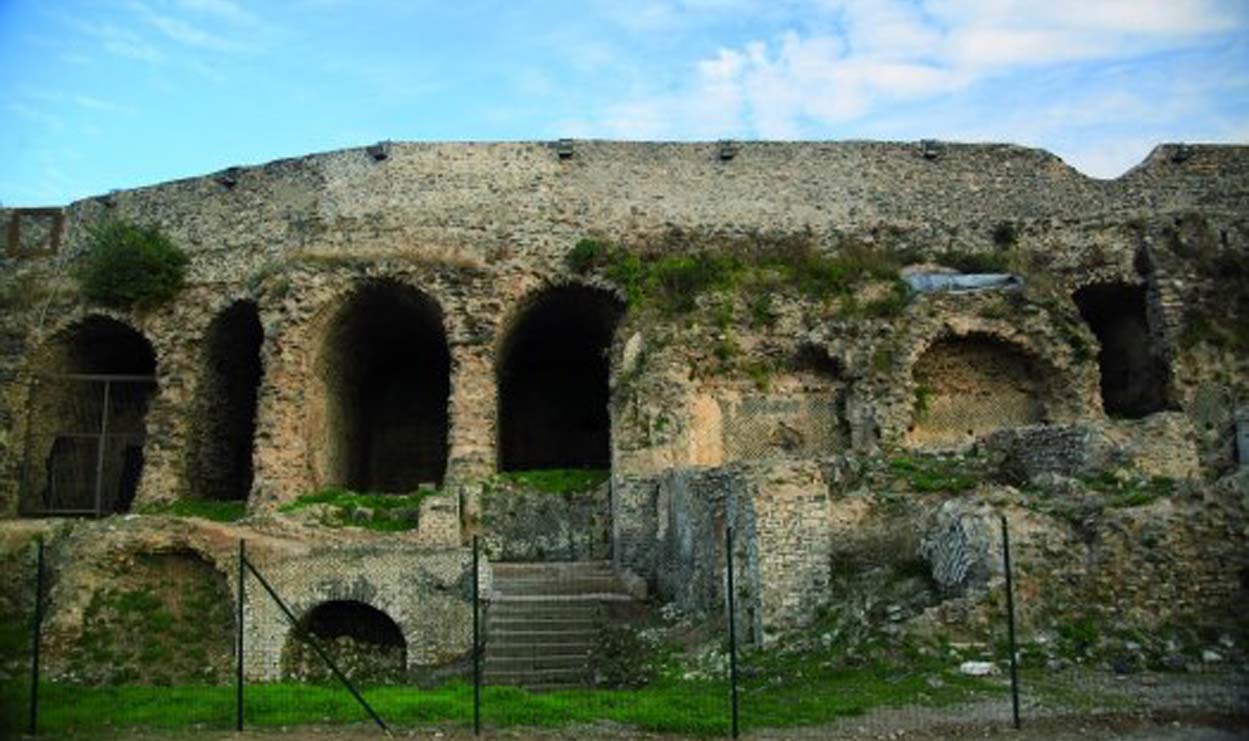 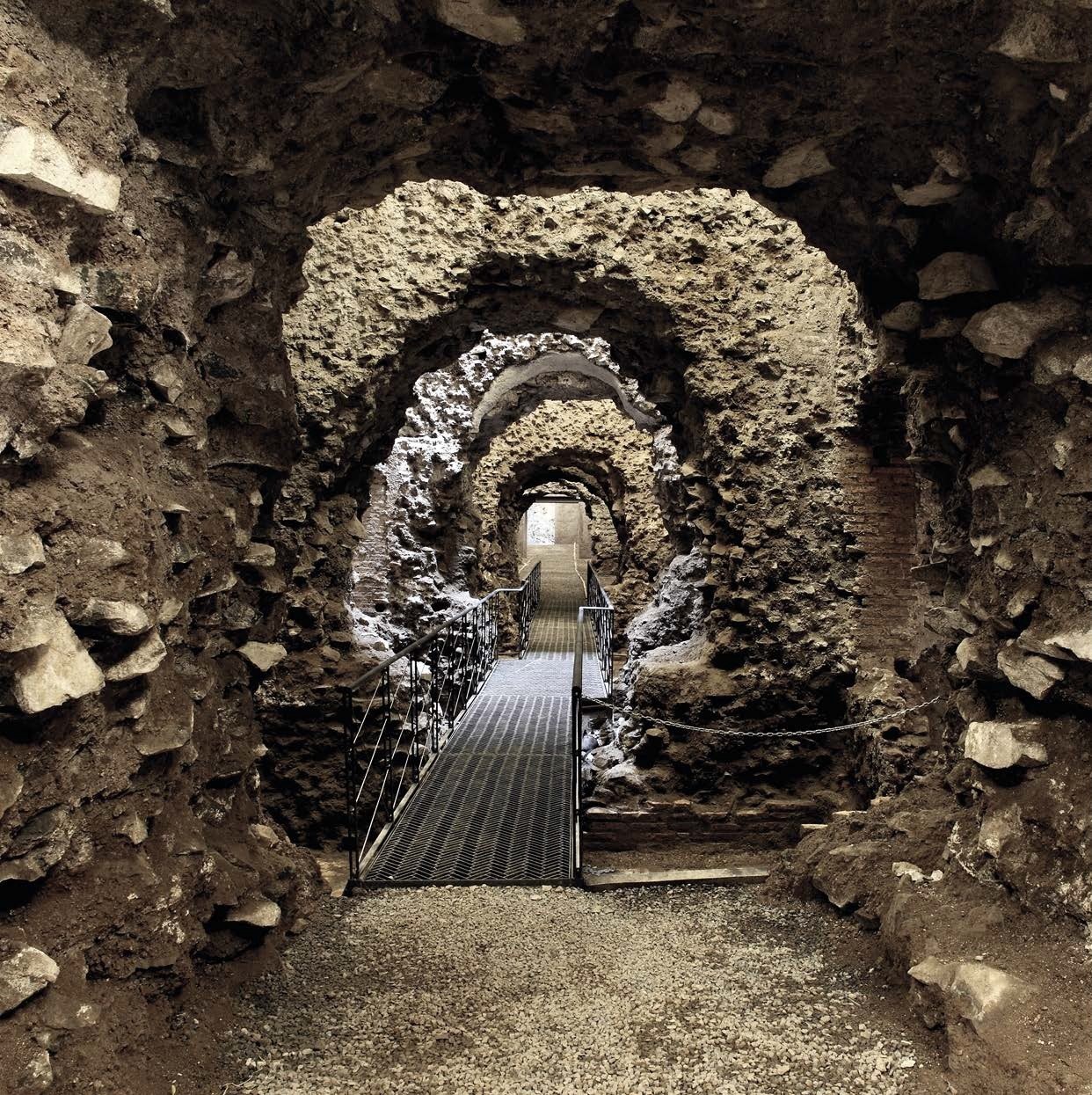