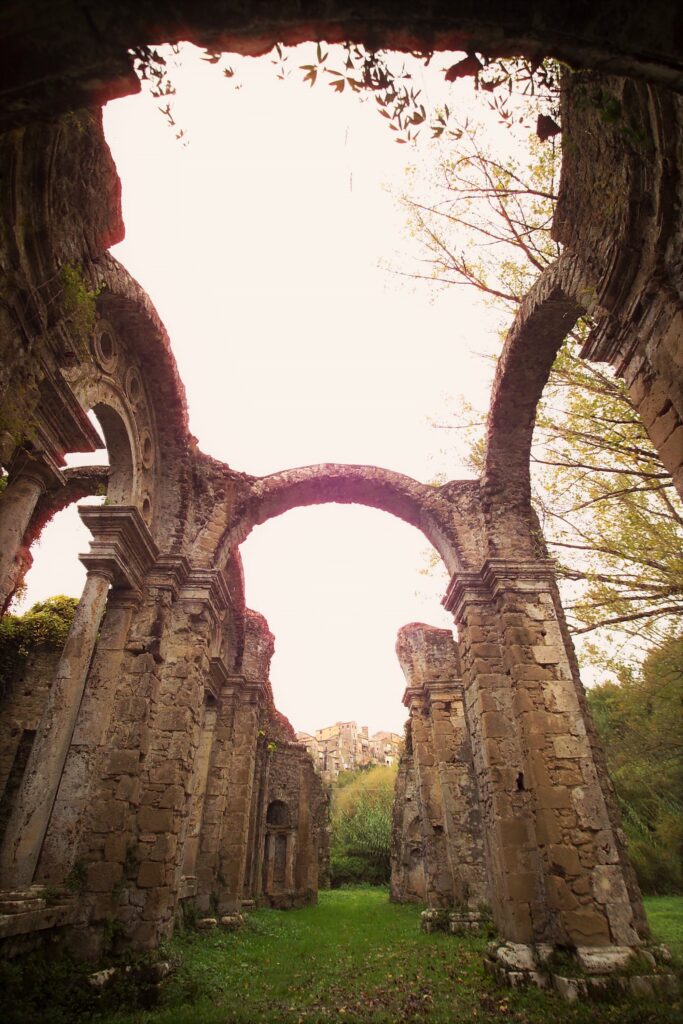 The Nymphaeum of Genazzano

The Nymphaeum of Genazzano continues to have a strong evocative impact on visitors today. Designed on the model of an ancient suburban villa with references to the basilica of Maxentius and to thermal architecture, the Nymphaeum was not intended for residential use but had originally been conceived as a summer pavilion for country breaks and outdoor performances. The work was never finished, as confirmed by the holes in the walls for scaffolding that were never closed and the absence of soot in the kitchen chimney. In fact, the Nymphaeum was abandoned from the very beginning, so that by the 19th century the place was in an obvious state of neglect.

Scholars have not agreed on either the attribution or the dating of the building, and there are no sources attesting to the traditional attribution to Donato Bramante and/or his circle. The attribution is put forward on the basis of a stylistic analysis of the elements with the chronology of construction of the building oscillating between three hypotheses: 1501-03, 1507-11, post-1514. The most accredited is the one that proposes its realisation at a time after Bramante’s death and no later than 1517.

The front of the Nymphaeum was marked by a giant order of which the bases and most of the shafts remain. The adoption of the Tuscan order, also used in the portico of the castle, may be linked to the origins of the family of the commissioner, Pompeo Colonna, to whom Leo XIII returned the ecclesiastical offices and possessions he had been deprived of under the pontificate of Julius Il. In those years, the Tuscan-Doric style was the preferred order in suburban residences, and as many as four versions can be found in the Nymphaeum. The main architectural element is the serliana in a variation with concentric arches and oculi, features referred for attribution by scholars to Bramante.

The Nymphaeum area is free to visit.

The Nymphaeum of Genazzano is part of the Network of Historical Residences of Lazio. 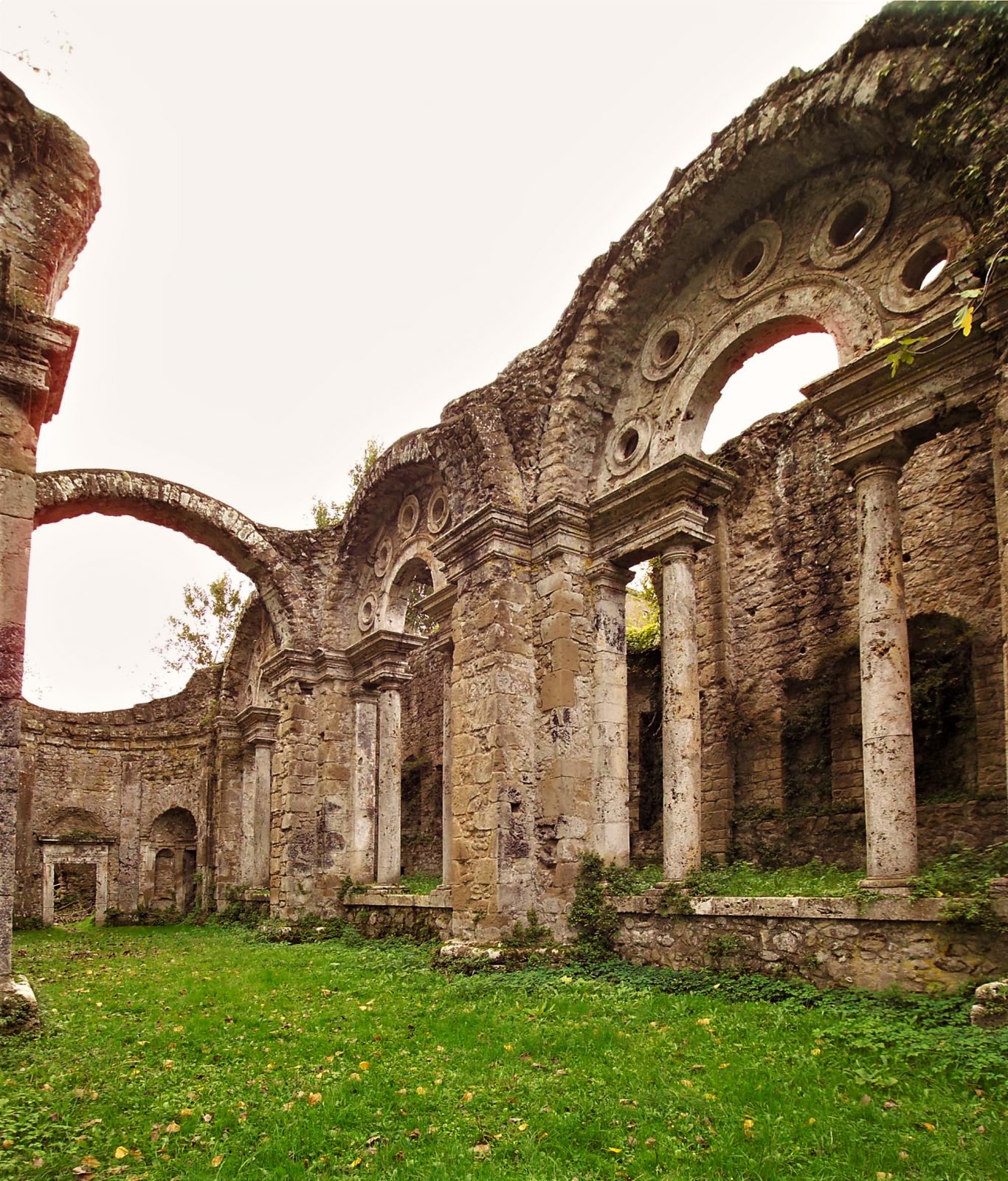 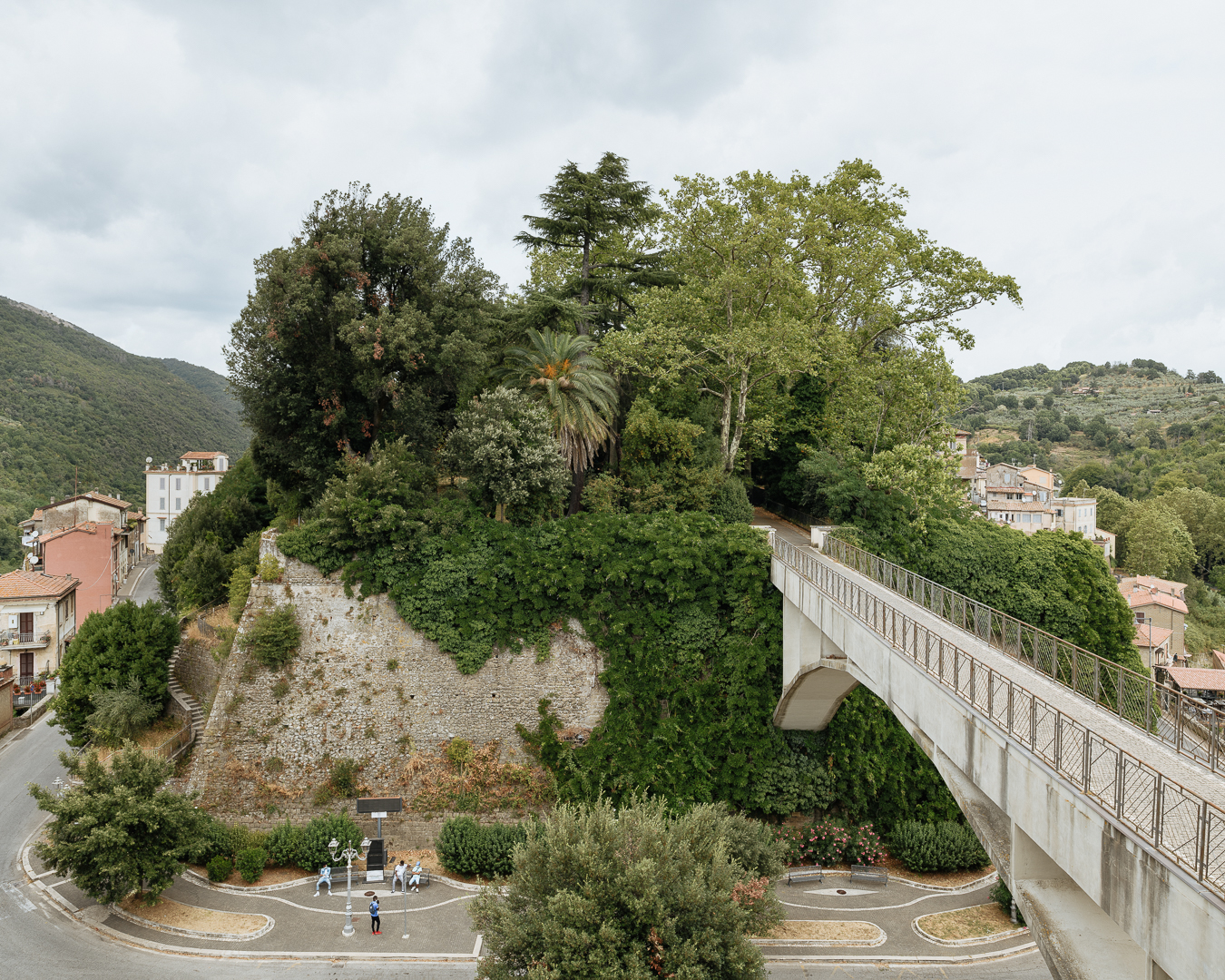 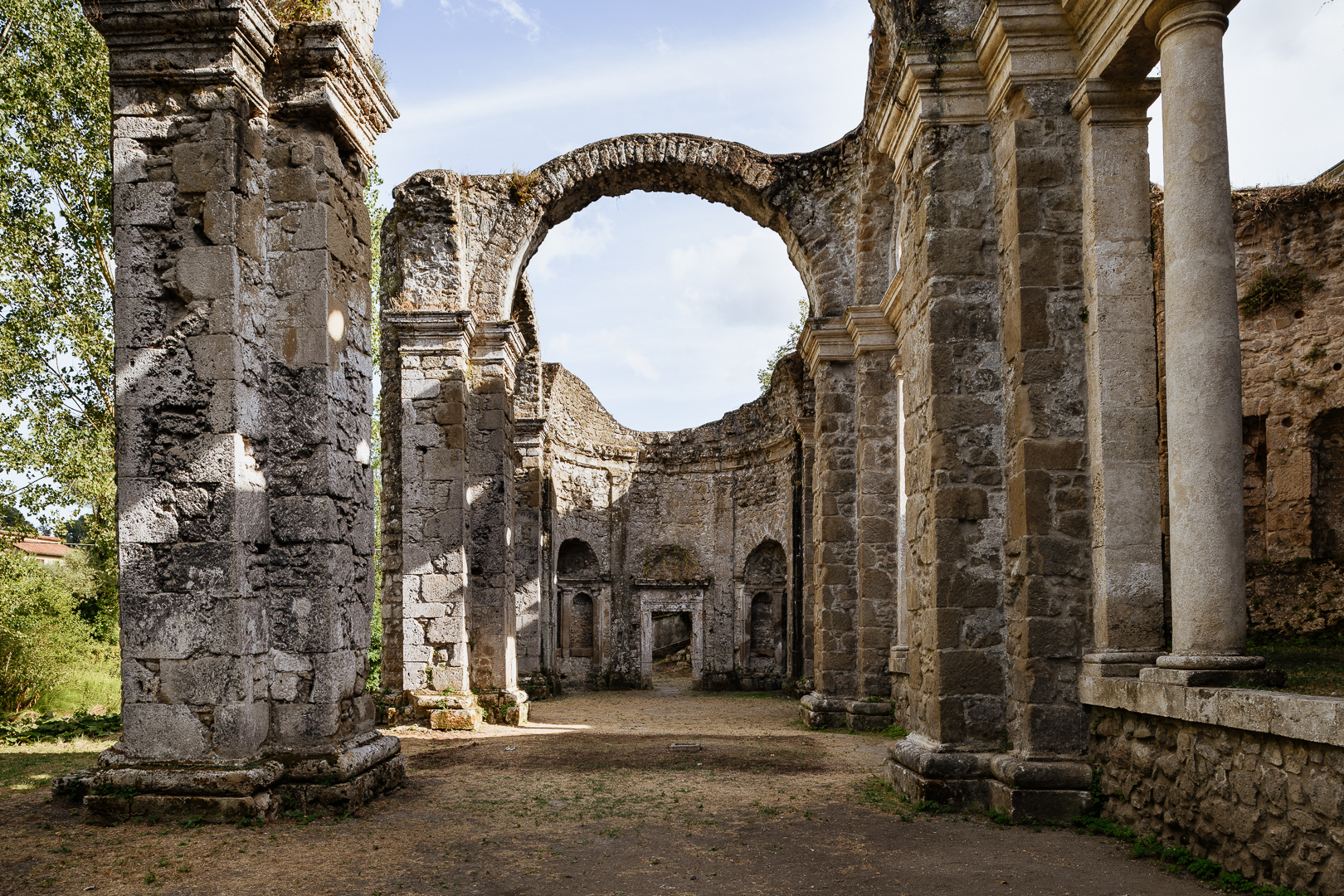 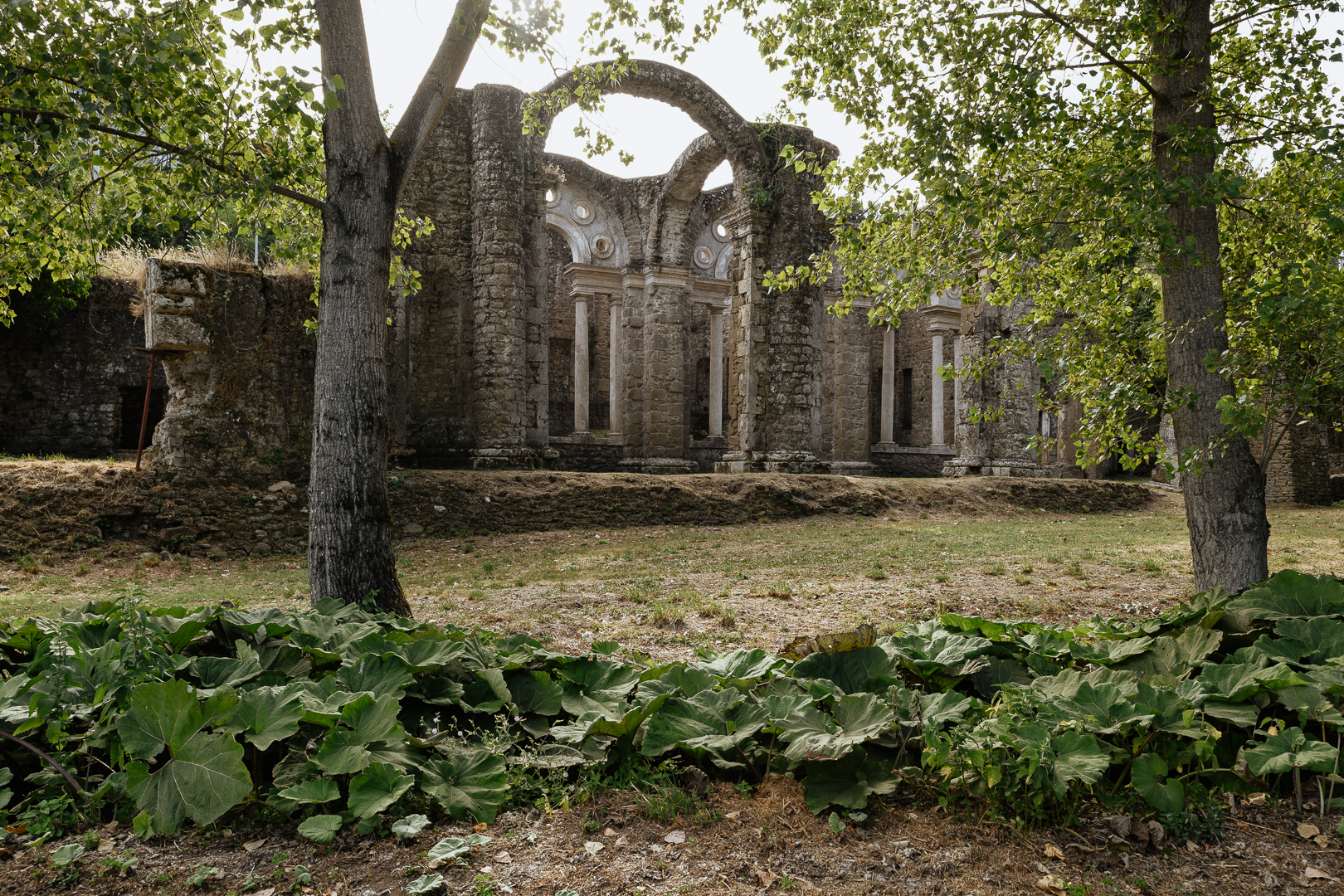