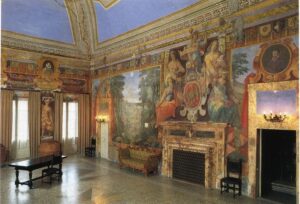 Palazzo Conti, one the most fortified buildings of the Roman province in feudal times, was the ancient Rocca di Poli and is situated in the highest part of the village which was founded on an enormous mass of tuff rock. It dates back to the early twelfth century, but was completely rebuilt in the 16th century.

Inside the building, which is entirely decorated with frescoes, one can see, in the following order, an entrance hall decorated with grotesques, a courtyard embellished with paintings, a splendid Baroque-style fountain, the apartment of Torquato I (now the Town Hall) and the rooms of Lotario II on the piano nobile (main floor), where Pope Innocenzo XIII was born.

According to Pelliccioni, the frescoes in the central hall of the piano nobile and the one next to it are the work of Bernardo Cesari, who was the brother of Giuseppe Cesari, Cavalier d’Arpino (Arpino 1568 – Rome 1640). Giuseppe Cesari was one of the greatest painters of the Baroque period, and these frescoes were based on his design. We can find this excellent artist’s work, the Fresco of San Francesco (152 x 90 cm), preserved in the small chapel on the right wall of the hall. Other paintings in the ground floor apartment once belonging to Torquato I are attributed by Pelliccioni to Giulio Romano, whose real name was Giulio Pippi (Rome 1499 – Mantua 1546), the greatest of Raffaello’s pupils and one of the most famous painters of the Renaissance. 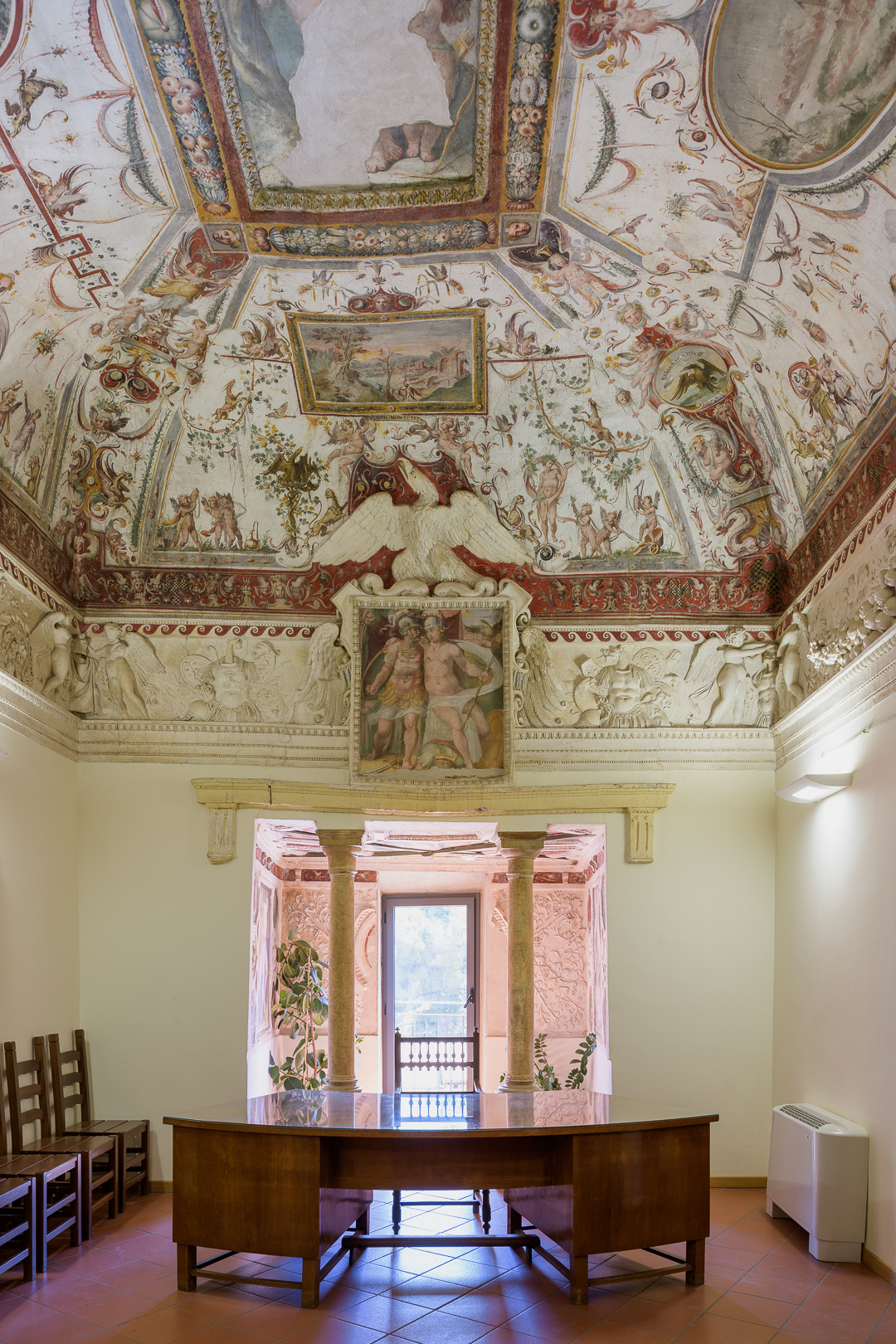 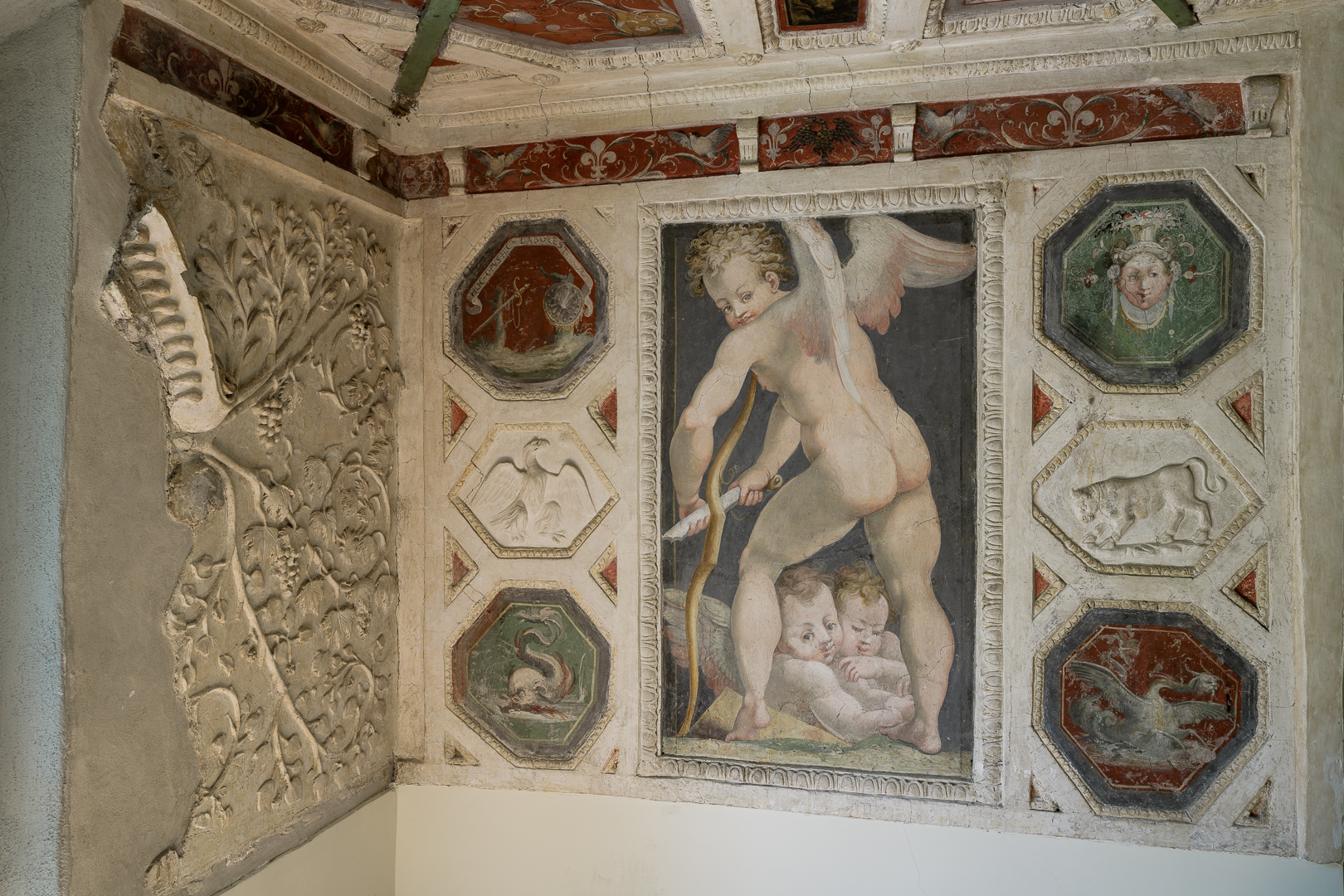 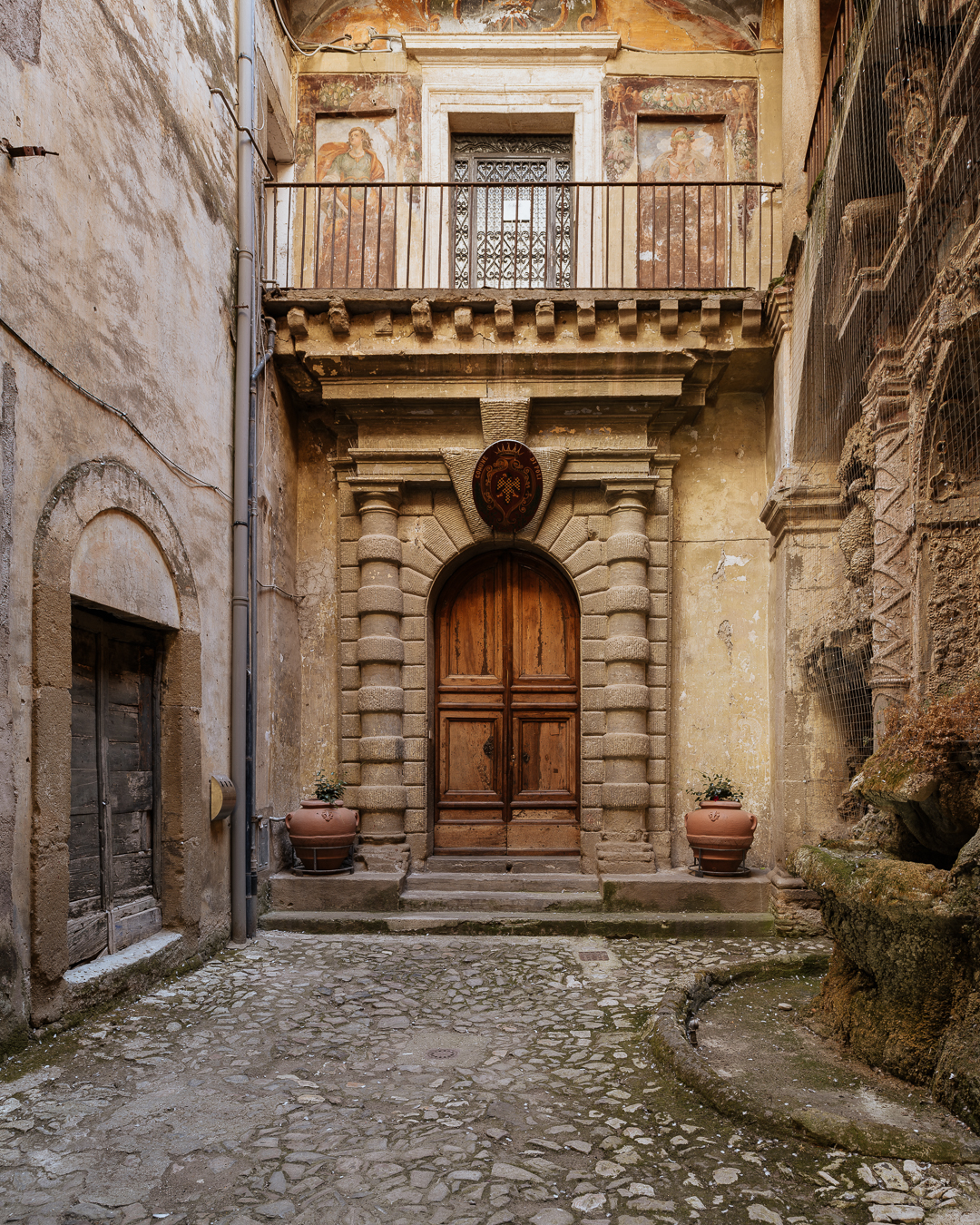 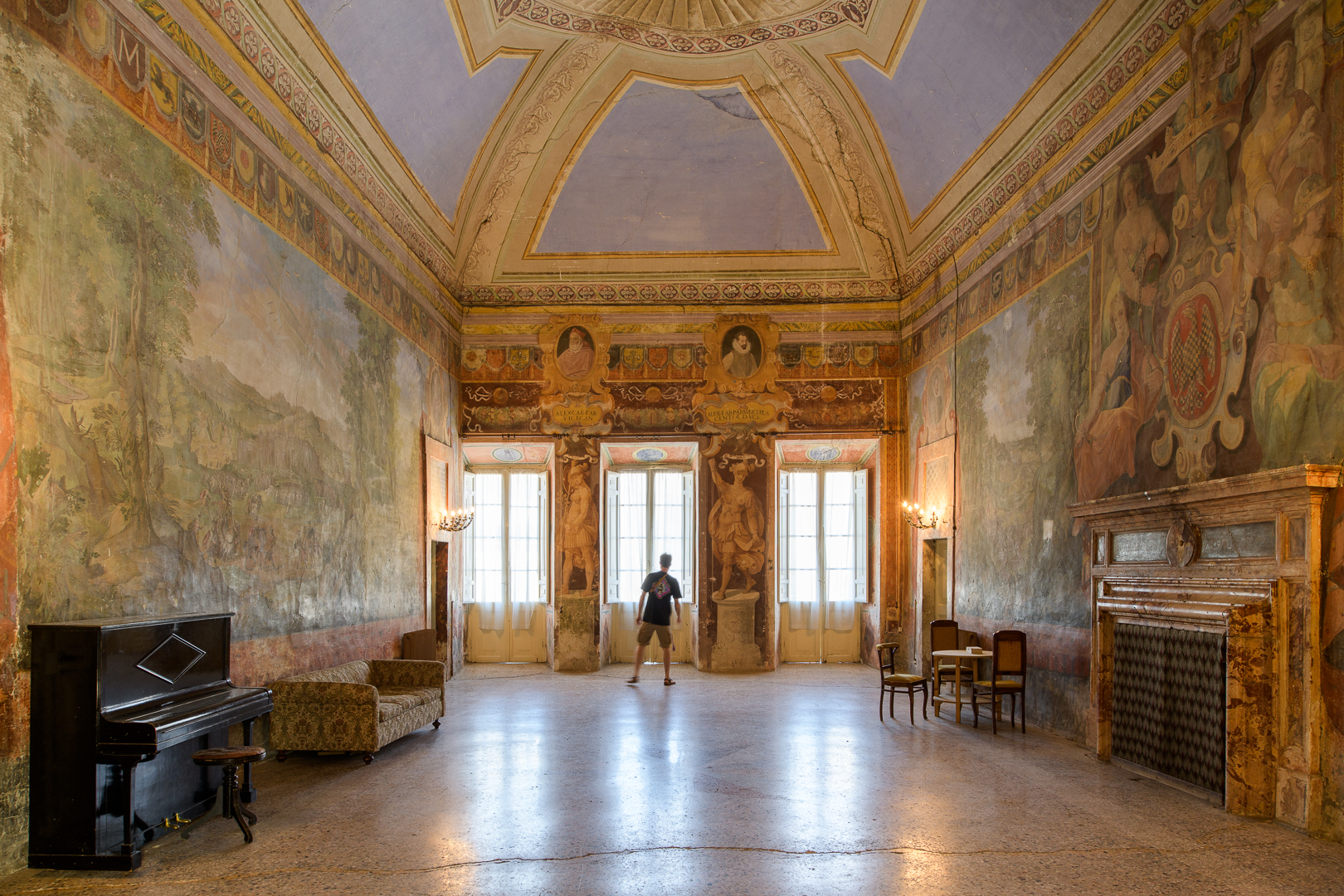 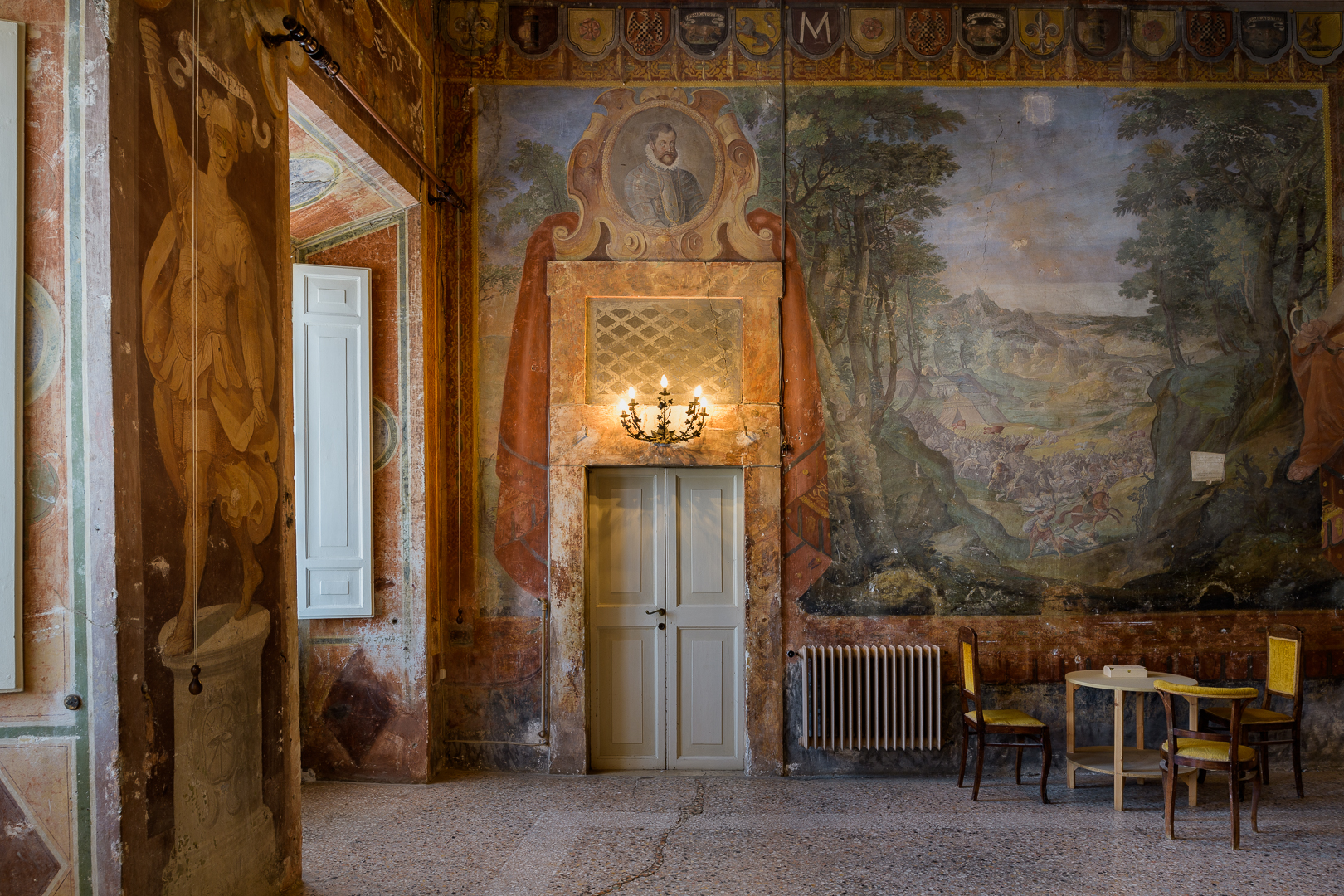 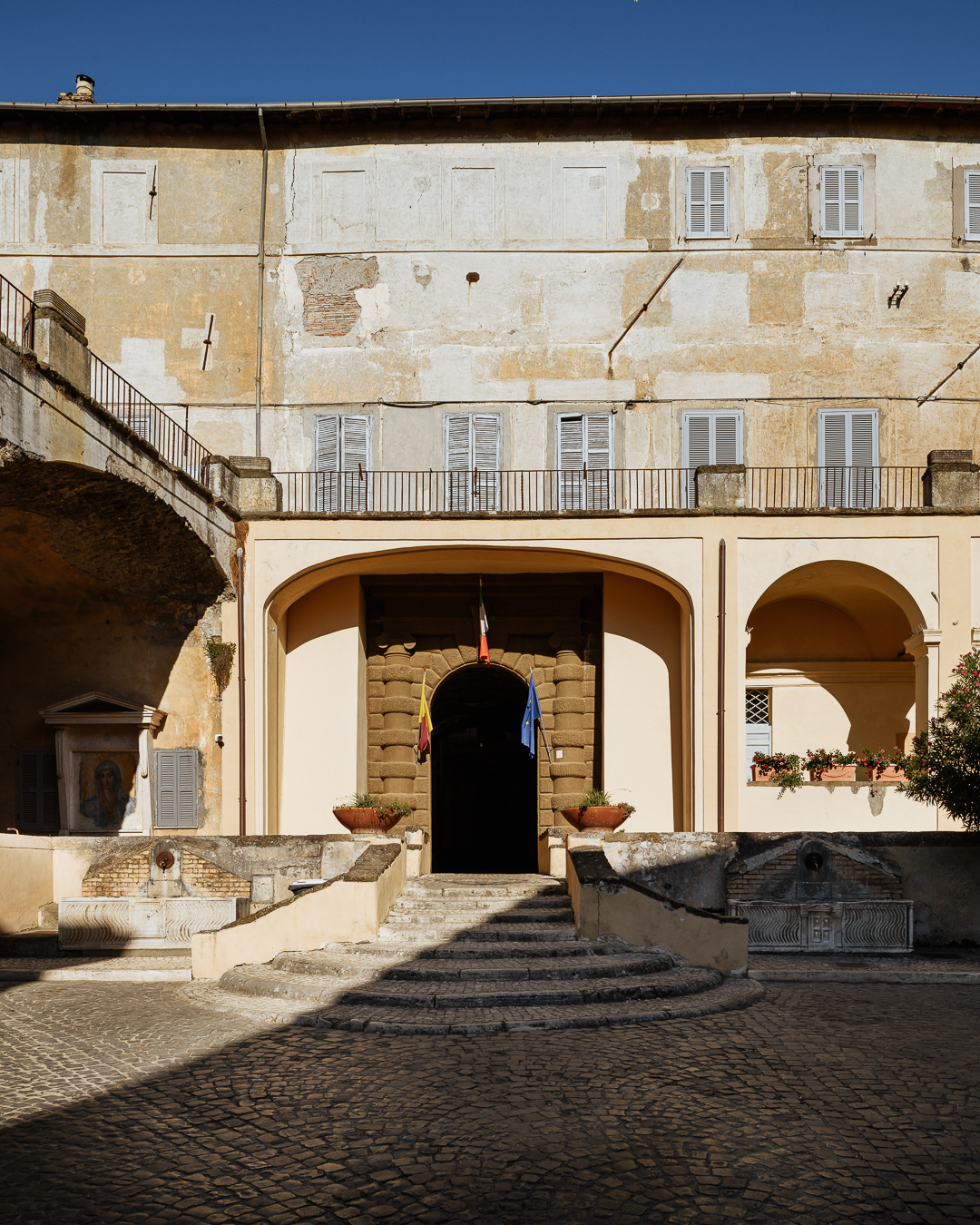