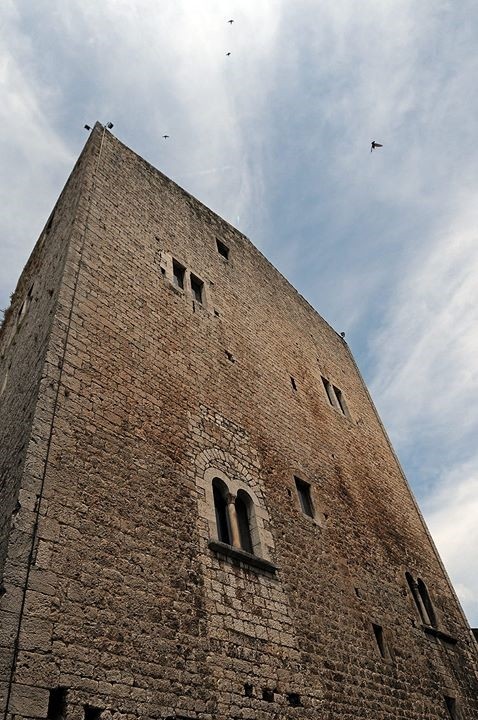 The Civic Museum of Alatri is currently housed in Palazzo Gottifredo. This palazzo dates back to the mid-thirteenth century and was built by Cardinal Gottifredo Raynaldi as his residence. This building, in the heart of the city, dominates the entire area that surrounds it and represents one of the most significant examples of civil architecture in Lazio from the Middle Ages.

Of particular interest in the museum is the archaeological section. Among the works on display which document the history of Aletrium (ancient Alatri) from the Roman era, the epigraph of Lucio Betilieno Varo stands out. There are also architectural terracotta and clay ex-voto from the Etruscan-Italic temple found in the locality of “La Stazza”, a rich variety of inscriptions and a series of very important Primo stile wall decorations from Betilieno Varo’s so-called Domus.

The new museum features thirteen rooms that include the following sections: travellers in search of discovery, ancient Aletrium, an epigraphic section, archaeological objects confiscated by the Guardia di Finanza, the Etruscan-Italic temple found in “La Stazza” and a demo-ethno-anthropological section.

The hall of Christ in the labyrinth, located in the former convent of San Francesco, is an integral part of the Museo Diffuso of Alatri. It is a fresco depicting a labyrinth, with the figure of a Christ Pantocrator in the centre wearing a dark tunic and a golden cloak.

The monumental complex of the acropolis located in the heart of the historic centre of the small town is also part of the widespread city museum. The acropolis of Alatri is composed of imposing polygonal limestone blocks and in some sections reaches 17 metres in height. Worthy of admiration are the two access doors: the Porta Maggiore, which has a monolithic architrave of extraordinary dimensions, and the Porta Minore. 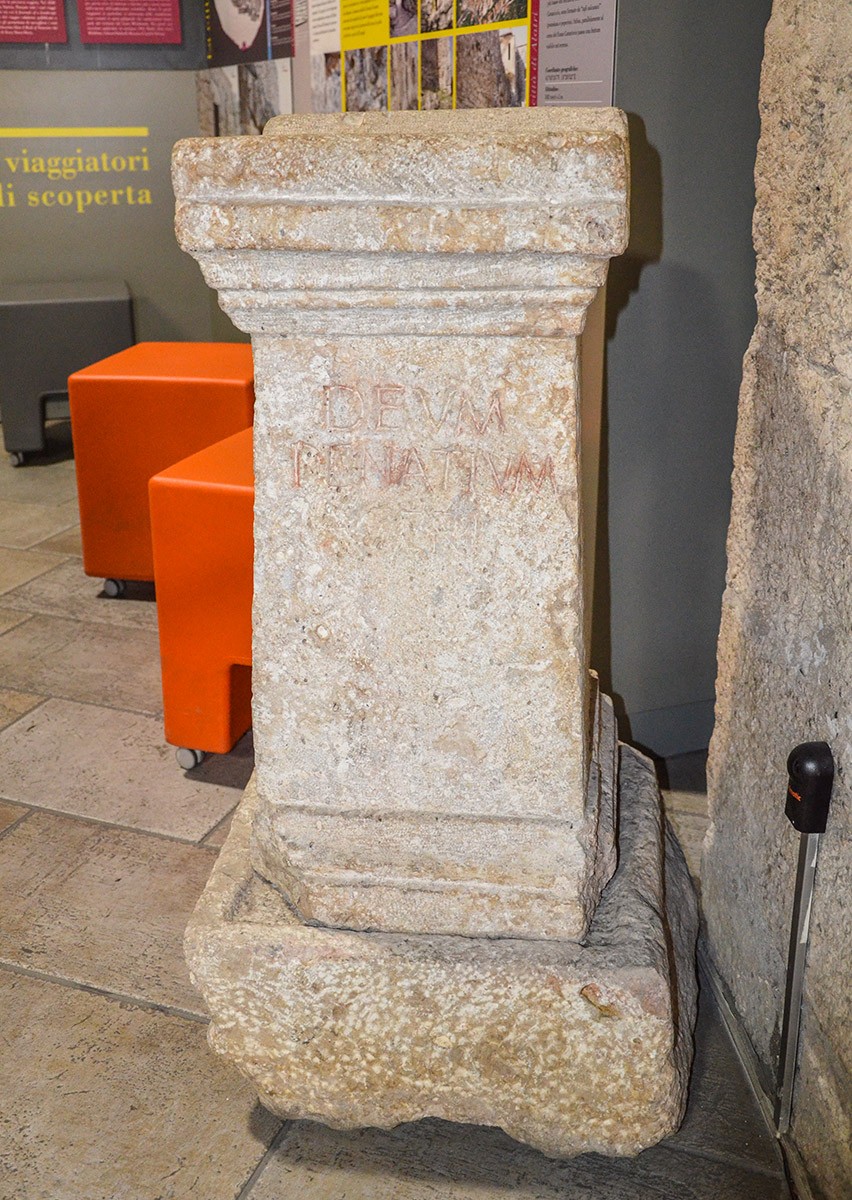 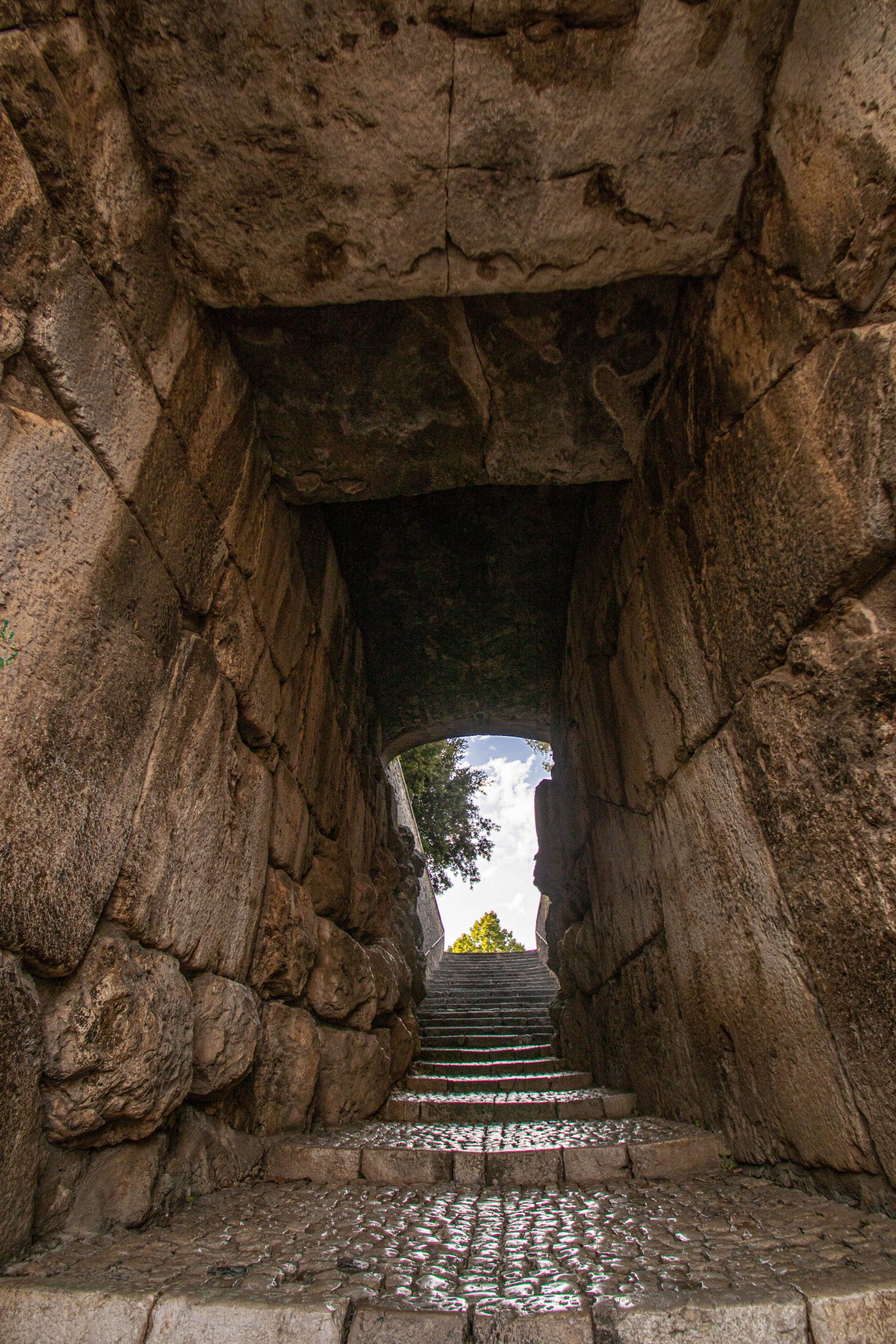 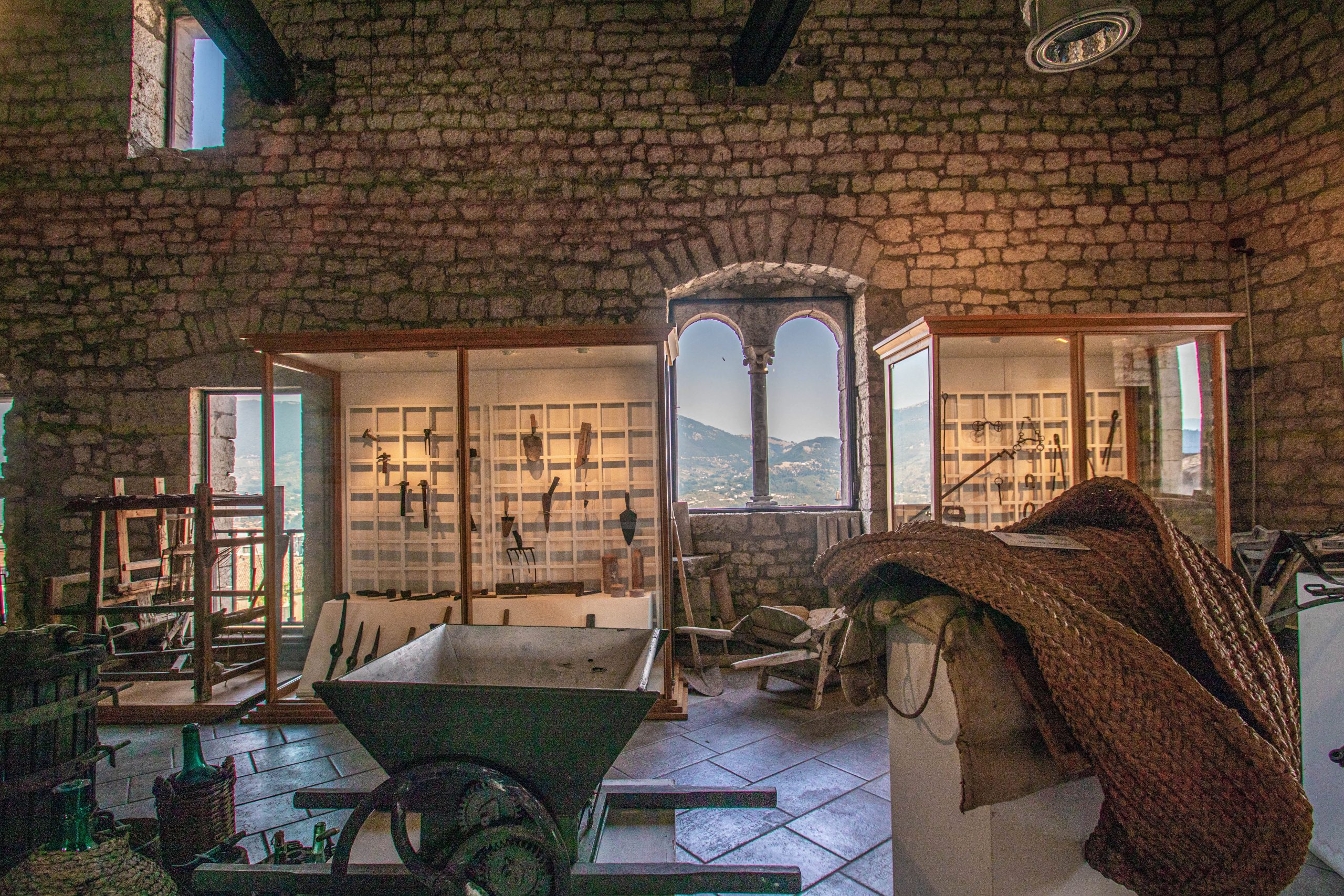 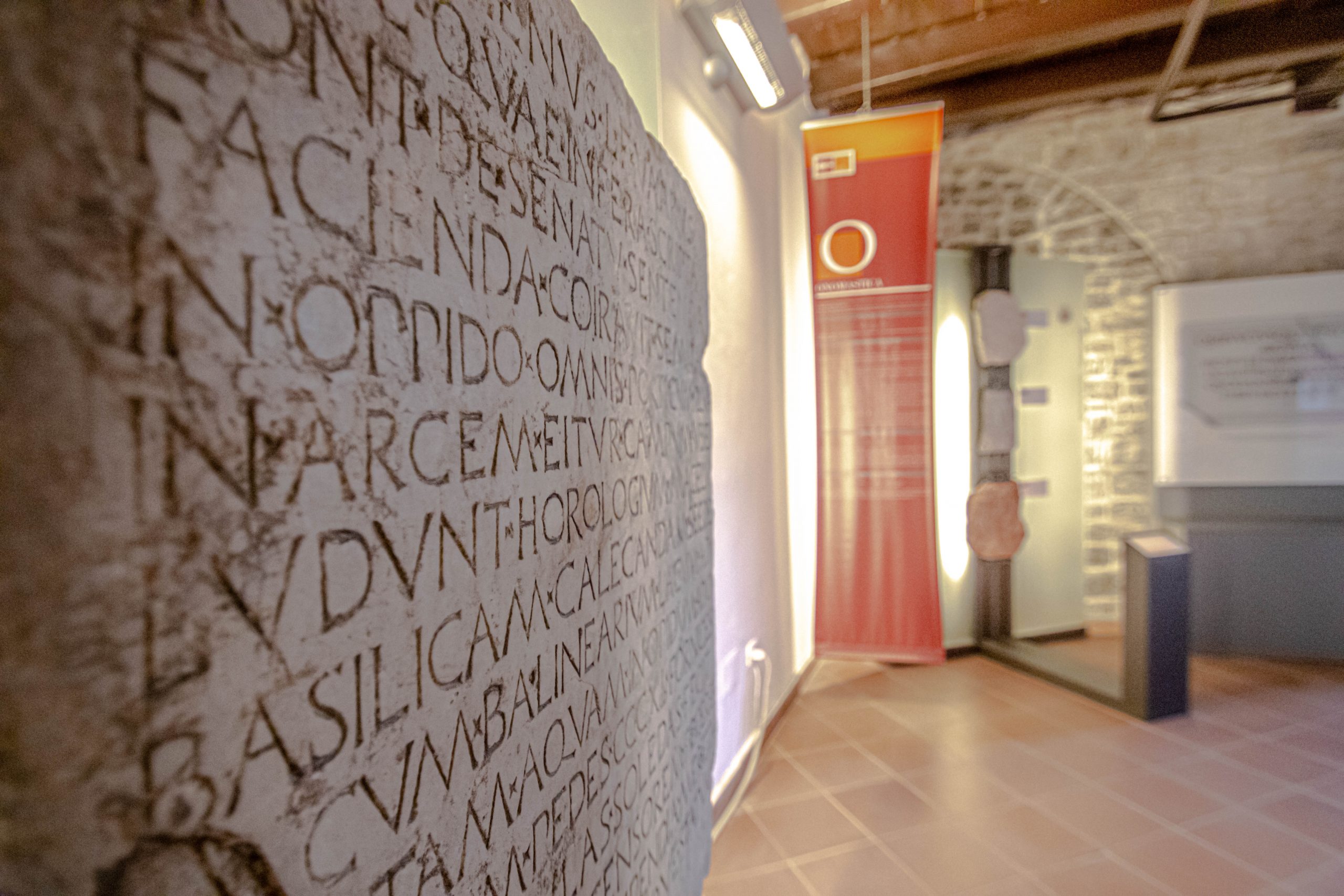 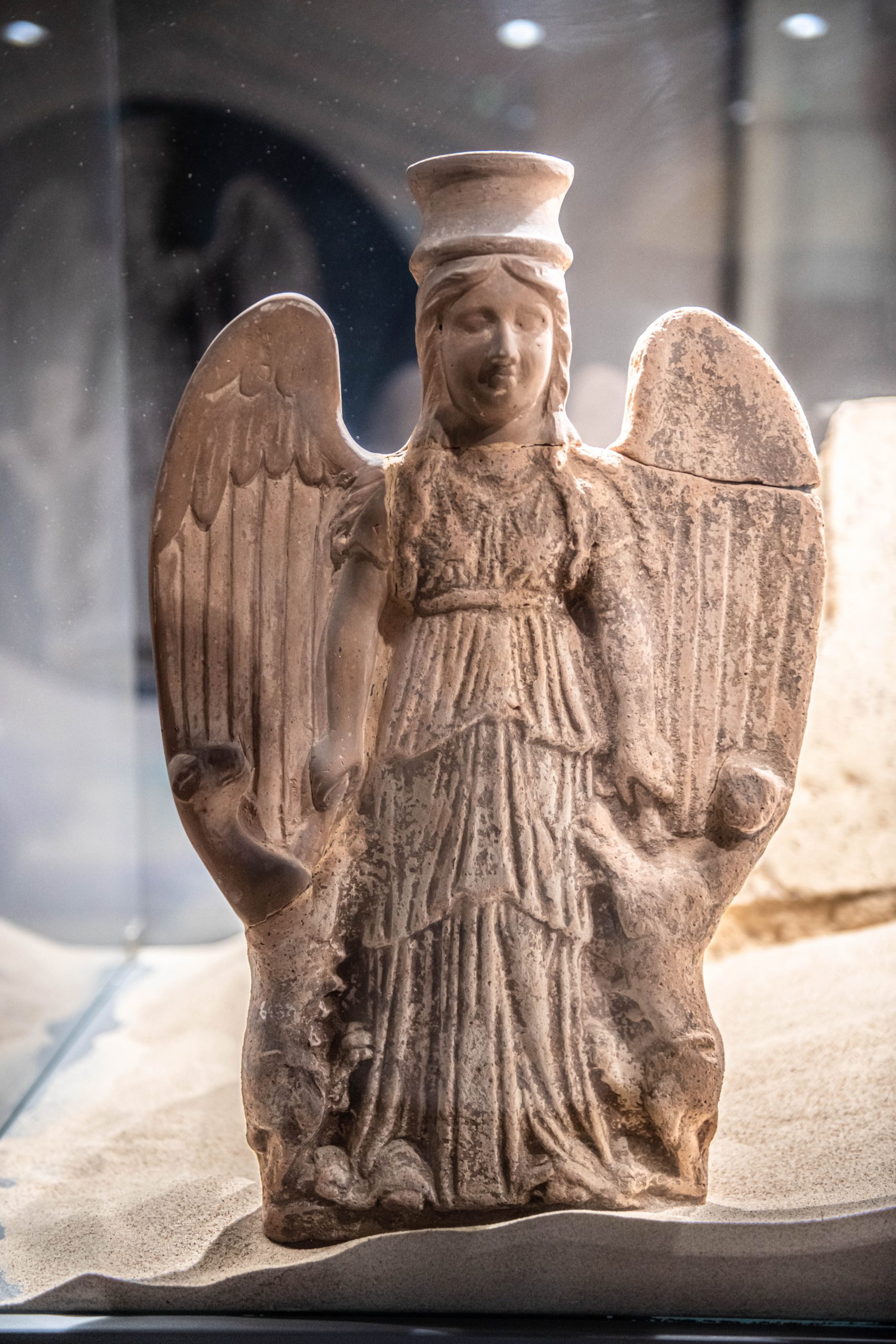 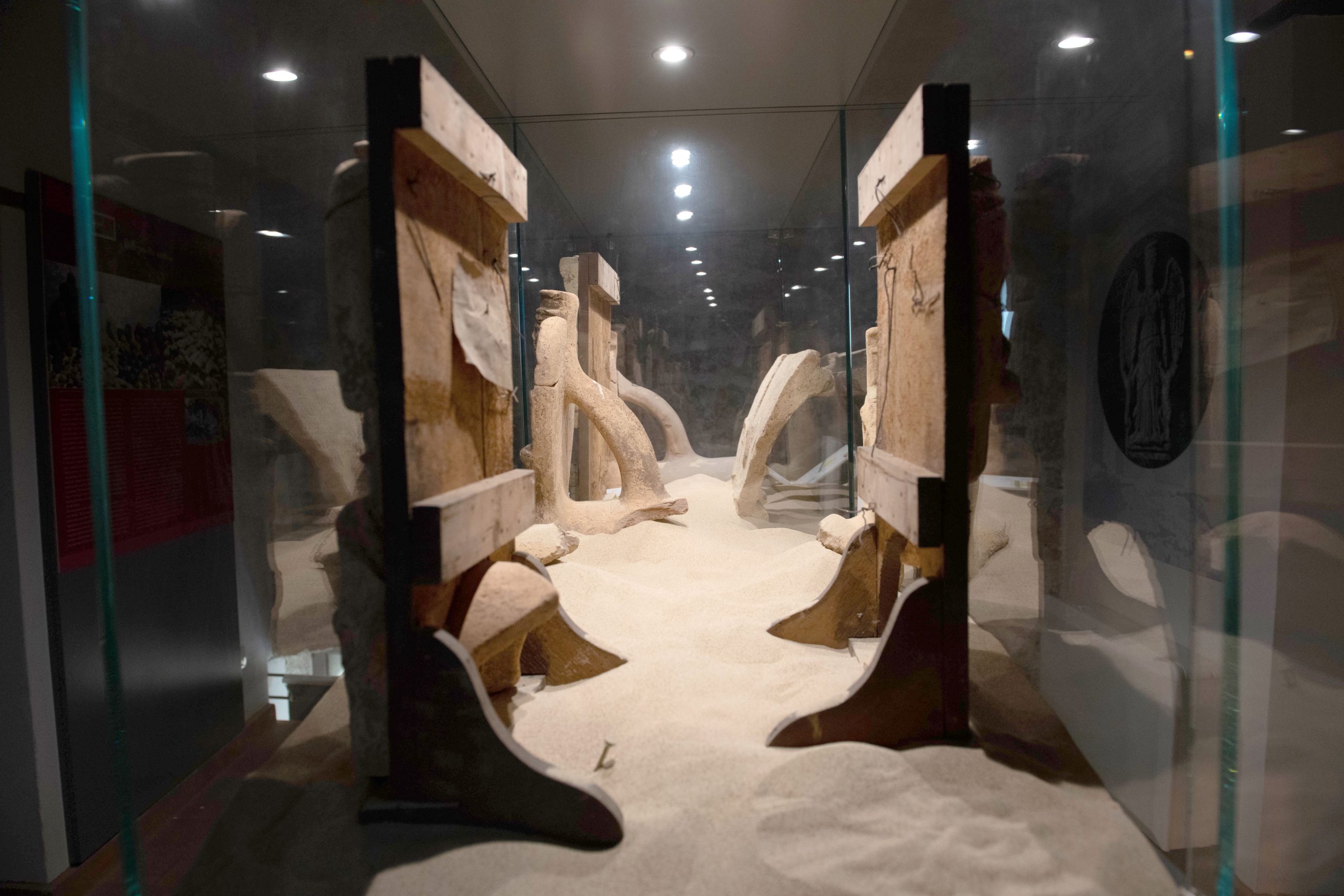