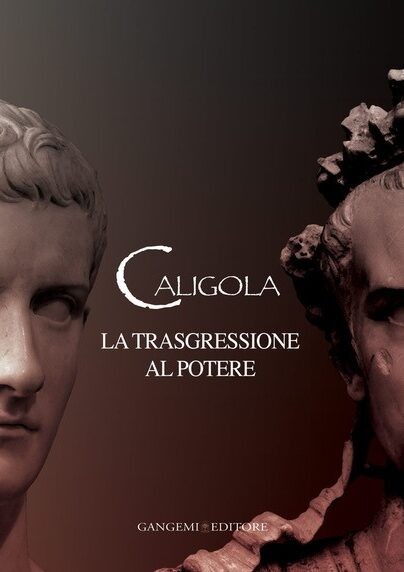 This volume brings to a close a two-year process of tutelage, valorisation and research that the Soprintendenza per i Beni Archeologici del Lazio carried out regarding the figure of Caligula.

As is often the case, fate comes together with planned events and unfolds in a methodical fashion. It began in 2011, when the Guardia di Finanza recovered an imposing male figure on a throne which could be traced back to Caligula’s villa on the shores of Lake Nemi. The discovery was immediately publicised by the media, undoubtedly attracted by the importance of the work, but also by the sinister aura that has always surrounded the dubious figure identified with it – Caligula. 2012 was the two-thousandth anniversary Caligula’s birth, a circumstance that seemed particularly appropriate to give rise to a series of initiatives that took place during the summer of last year at the Museum of the Roman Ships in Nemi under the direction of Giuseppina Ghini of this Soprintendenza, who oversaw the entire operation, and at the museums belonging to the Museum System of Colli Albani and Prenestini – Museumgrandtour.

This volume accounts for an important segment of the journey in that it constitutes the publication, in a broader and more in-depth form and open to a larger number of contributions, of both the monographic edition dedicated to the subject by Forma Urbis in December 2012 and the conference held at the National Roman Museum, Palazzo Massimo, during that same period. This event, made possible by the support of the Soprintendente Speciale per i Beni Archeologici di Roma, Mariarosaria Barbera, and the Director of Palazzo Massimo, Rita Paris, has a particular raison d’être, as the Museo Nazionale Romano housed and continues to preserve and exhibit a number of materials from the ships of Nemi.

The last stage is the restoration, recomposition and installation of the statue. The Museum of the Roman Ships in Nemi, one of Italy’s most interesting architectural experiments and bereft of the ships burnt during the Second World War, is now enriched by an artefact of the highest quality in terms of technique and style. It has inspired a new display, which for some months will be enriched by significant loans of coins from the Soprintendenza per i Beni Archeologici della Toscana and will feature the statuary from the sanctuary of Diana in a refurbished setting.