Amidst acropolises and ‘rocche’: an endless panorama of the Monti Prenestini

The journey of our ‘grand tourist’ to discover the infinite panorama of the Monti Prenestini from Castel San Pietro and Rocca di Cave begins in Palestrina. Situated on the Via Prenestina from which it was named, Palestrina stands on the slopes of Monte Ginestro between the basins of the Sacco and Aniene rivers. The present town stands on the ancient Latin city of Praeneste, famous for the Sanctuary of Fortuna Primigenia, which we recommend visiting along with the National Archaeological Museum as part of an itinerary of at least two days.

Once an important site of pagan worship, Palestrina has become the centre of the territorial diocese of the Monti Prenestini. In fact, the day’s itinerary begins at the Prenestino Diocesan Museum of Sacred Art. Inaugurated in 2005 in the south-west wing of the episcopal residence, it consists of fifteen exhibition rooms in which objects from the churches of the eighteen municipalities of the suburbicarian diocese are collected. Of interest is the archaeological section with the Ara delle Vittorie dating back to the 2nd-3rd century AD, together with precious reliquaries, graduals, illuminated booklets, parchments, ancient books, vestments, liturgical objects, sculptures and paintings of sacred subjects, as well as finds from the area of the Praeneste forum buildings, inscribed slabs and Christian epigraphs from the 4th-5th century AD from the Quadrelle area where the primitive basilica dedicated to Sant’Agapito, the patron saint of the town martyred in 274 AD under the Emperor Aurelian, stood. Among the most interesting works are a Renaissance-era bas-relief attributed to Michelangelo Buonarroti depicting Eolo and the Beheading of San Gennaro from the school of Caravaggio. The museum hosts numerous initiatives in cooperation with the Historical Archive and the Diocesan Library. 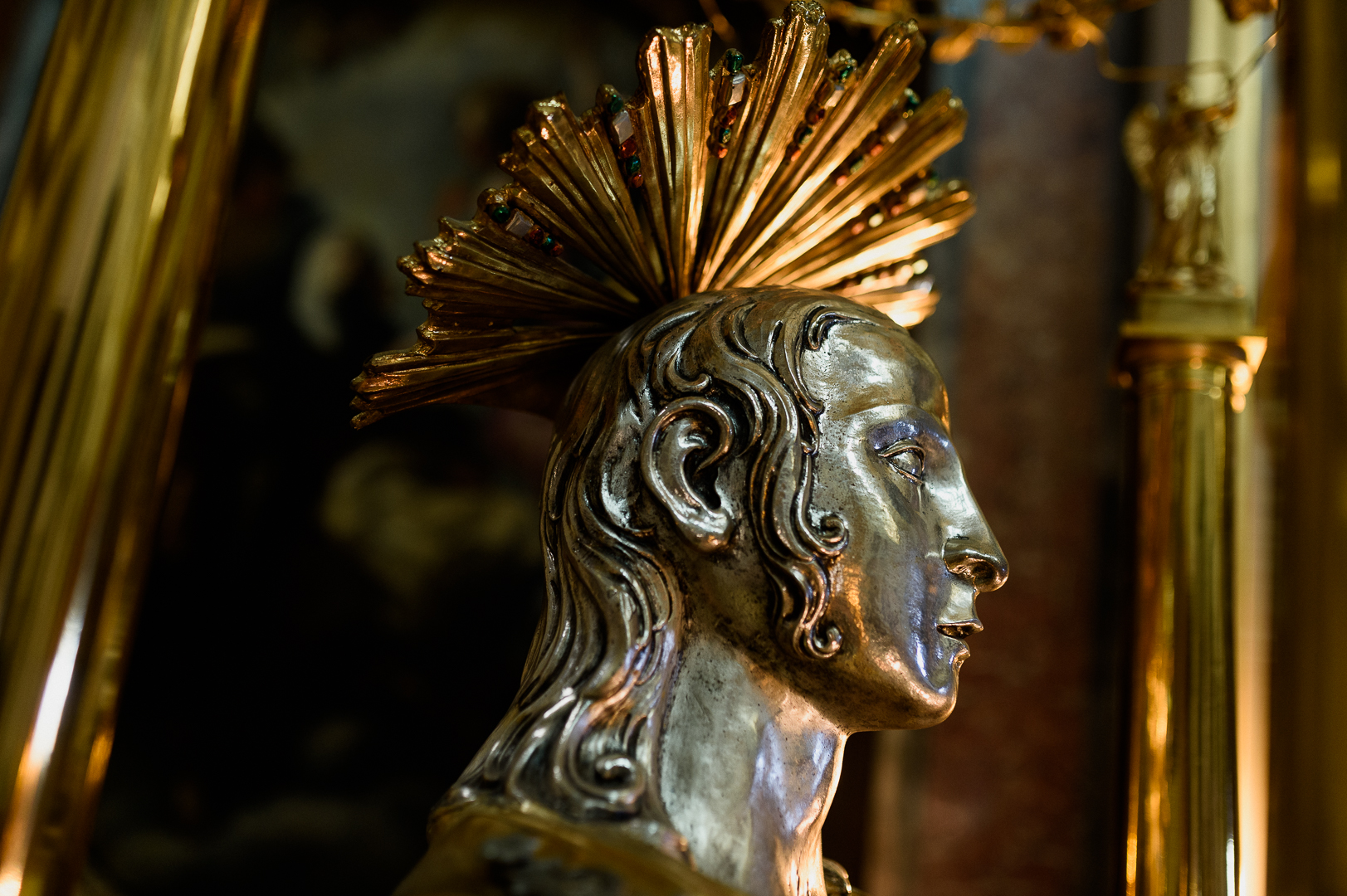 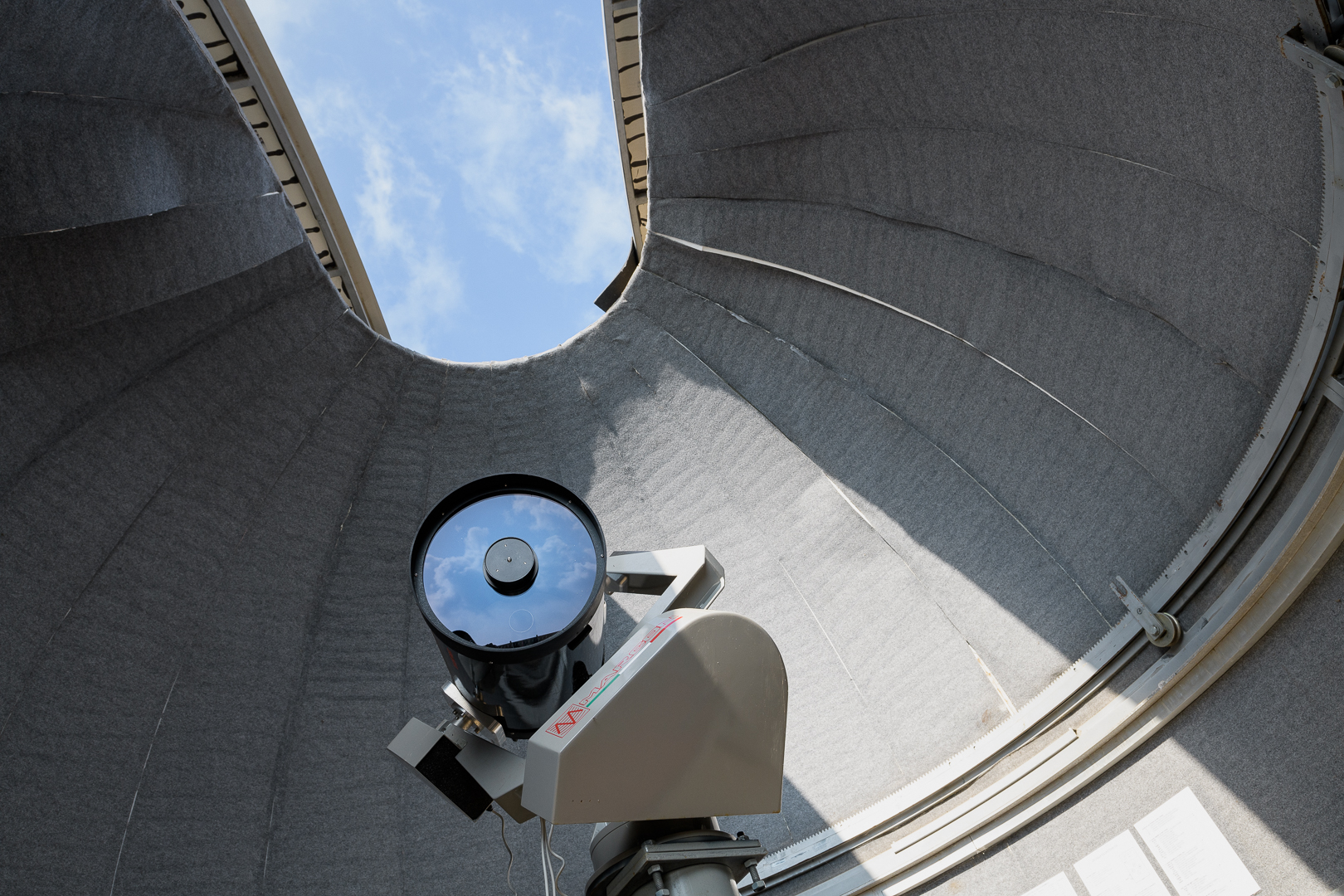 In search of the archaeological history of Palestrina and a breathtaking view, our tourist heads toward Castel San Pietro Romano, which, founded in the late Bronze Age, became the ancient Prenestine acropolis where rites linked to the practices of augurium and auspicium took place. Enclosed by mighty polygonal walls from the 6th century BC, it is still possible to observe these today in one of the main itineraries of the Museo Diffuso of Castel San Pietro Romano. Established in 2016, the MuDi aims to tell the story of the Prenestine territory and welcome visitors by immersing them in a glorious past of history, archaeology, art and tradition. The heart of the MuDi is the Visitors’ Centre in Palazzo Mocci. It was built in the 17th century by the family of the same name in one of the many urban transformations to which the village was subjected, starting from the rule of the Barberini family. Tourists can start their visit here and learn about the thematic itineraries designed to discover one of the ‘Most Beautiful Villages in Italy’. From the ‘archaeo-trekking’ route one can then move on to discover the medieval character of the village. From the early Middle Ages, in fact, the site was the location of a Benedictine monastery where Pope Gregory the Great also stayed.

In the 12th century, the territory became part of the fiefdom of the Colonna family who built a castrum with a strategic/military function. The fortress was first destroyed by Pope Boniface VIII and then by Pope Eugene IV in the numerous clashes between the Colonna family and the papacy, only to be rebuilt for civilian use in 1482 by Stefano Colonna. The Rocca Colonna is one of the most beautiful vantage points in the village where many cultural and astronomical events take place and from which one can enjoy the view of the entire Prenestine area. The village, with its fortress and its main monuments, has become the location for numerous film shoots since the 1950s when the mayor, Adolfo Porry Pastorel, established relations with some of the most important directors of the time, including Vittorio De Sica, who filmed Pane, amore e fantasia there.

Castel San Pietro Romano is not only about history, however, as a few kilometres away from the town is the Valle delle Cannuccete, a protected natural area of about 20 hectares and a natural monument since 1995. One can choose from numerous trekking routes to discover the flora and fauna of the sub-mountainous territory of Lazio and see the remains of the ancient pre-Roman aqueduct dating back to the 6th century BC which provided the water resources necessary for the city of Palestrina until the middle of the last century.

In the far-off distance of the vast landscape dominated by Castel San Pietro, one can faintly make out Rocca di Cave, the smallest village in the Prenestini Mountains with only 354 inhabitants.  With the aim of discovering the landscapes and geodiversity of the region in a unique panorama stretching more than 100 km from the coast to the centre of the Apennines, the visitor can climb the streets of the historic centre all the way to an actual ‘Rocca’ – an observation tower that houses the GeoMuseum of Rocca di Cave.  Divided into several rooms, the museum is dedicated to the exploration of the main geological events in the history of Lazio and the rocks and fossils of its territory through exhibits, models and sound stations. After visiting the museum, one can follow the geo-paleontological trail (declared a natural monument in 2016) where one can admire the 100-million-year-old fossiliferous cliff. The richness of the fossiliferous outcrops of this site is such that it is an ‘open-air museum’ and not to be missed. ‘Beyond the Earth, the Sky’ is the motto of the GeoMuseum as it boasts a planetarium with the sixth largest dome in Italy. Here one can participate in shows and interesting lectures on space and the stars, accompanied by an interactive and innovative projection.

-We recommend that visitors stay at least one night in Palestrina in order to spend more time in the city itself in order to visit the Temple of Fortuna and the National Archaeological Museum and enjoy the villages of Castel San Pietro and Rocca di Cave at a more leisurely pace.

-Among local products, we recommend trying the ‘Giglietto’, a simple biscuit made of flour, sugar and eggs, typical of Palestrina and Castel San Pietro. Linked to fate of the Barberini family, who were introduced to this product by the Bourbons from whom it took its lily shape, it is now a certified slow-food product.

– We also recommend Castel San Pietro Romano at Christmas time when the Presepe Artistico scene comes to life in the poetic setting of the Rocca dei Colonna.